Research scientists using a novel, hand-operated robotic device and functional MRI (fMRI) have found  chronic stroke patients can be rehabilitated, according to a recent study, cited as the first fMRI to map the brain in order to track stroke rehabilitation.

"We have shown that the brain has the ability to regain function through rehabilitative exercises following a stroke," says A. Aria Tzika, PhD, director of the NMR Surgical Laboratory at Massachusetts General Hospital (MGH) and Shriners Burn Institute and assistant professor in the Department of Surgery at Harvard Medical School, Boston. "We have learned that the brain is malleable, even 6 months or more after a stroke, which is a longer period of time than previously thought."

The Centers for Disease Control and Prevention says stroke is the third leading cause of death in the United States and a principal cause of severe long-term disability. Some 700,000 strokes occur annually nationwide, and 80% to 90% of stroke survivors have motor weakness.

Previously, it was believed there was only a short window of 3 to 6 months following a stroke when rehabilitation could make an improvement.

"Our research is important because 65% of people who have a stroke affecting hand use are still unable to incorporate the affected hand into their daily activities after 6 months," Tzika says.

To determine if stroke rehabilitation after 6 months was possible, the researchers studied five right-hand dominant patients who had strokes at least 6 months prior that affected the left side of the brain and use of the right hand.

For the study, the patients squeezed a special MR-compatible robotic device for an hour a day, three days a week for 4 weeks. fMRI exams were performed before, during, upon completion of training, and after a non-training period to assess permanence of rehabilitation. fMRI measures the tiny changes in blood oxygenation level that occur when a part of the brain is active.

The results showed rehabilitation using hand training significantly increased activation in the cortex, which is the area in the brain that corresponds with hand use. The increased cortical activation persisted in the stroke patients who had exercised during the training period but then stopped for several months.

"These findings should give hope to people who have had strokes, their families, and the rehabilitative specialists who treat them," Tzika says. 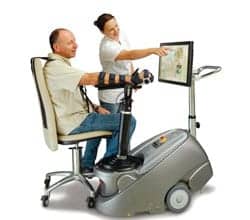 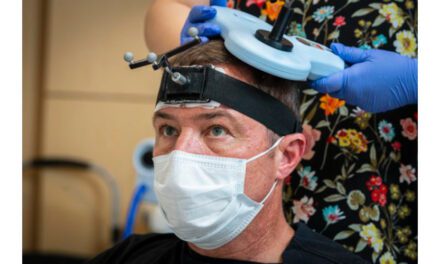