The National Institute for Neurological Disorders and Stroke (NINDS) has awarded a grant renewal to the University of Alabama at Birmingham (UAB) to support a study targeting the investigation of racial and geographic differences in stroke illness and stroke death. The Reasons for Geographic and Racial Differences in Stroke (REGARDS) study, supported by the $28 million grant renewal, has enrolled 30,239 individuals aged 45 years and older between January 2003 and October 2007, a recent news release reports.

Petra Kaufmann, MD, associate director of clinical research at NINDS, emphasizes the study’s significance as it “examines the potential reasons for this health disparity, and the continued follow-up of more than 30,000 participants will strengthen the study.” Kaufmann adds that researchers are looking forward to the study’s next stage, in that researchers will work to translate some of their work into interventions intended to improve stroke prevention and outcomes.

According to the release, prior results from the REGARDS study suggest African Americans are three times more likely than Caucasian Americans to have a stroke, and half of the racial disparity is explained by traditional risk factors. George Howard, DrPH, professor in the department of biostatistics in the UAB School of Public Health, adds that the funding will allow researchers to examine the other half of potential reasons behind the sharp contrast in risk by investigating several theories as to why there are racial differences in stroke.

The study’s role is re-emphasized by Richard Marchase, PhD, UAB interim president, noting that, “Identifying where and why stroke incidence is higher is key to developing the most effective prevention and treatment strategies, and ultimately improving health and quality of life for millions of Americans. UAB is very excited and grateful that funding for REGARDS … will continue,” Marchase says. 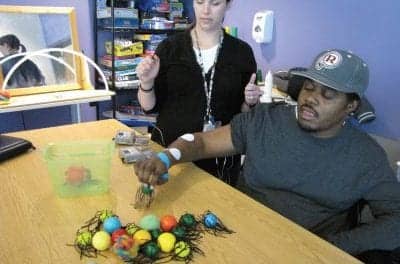