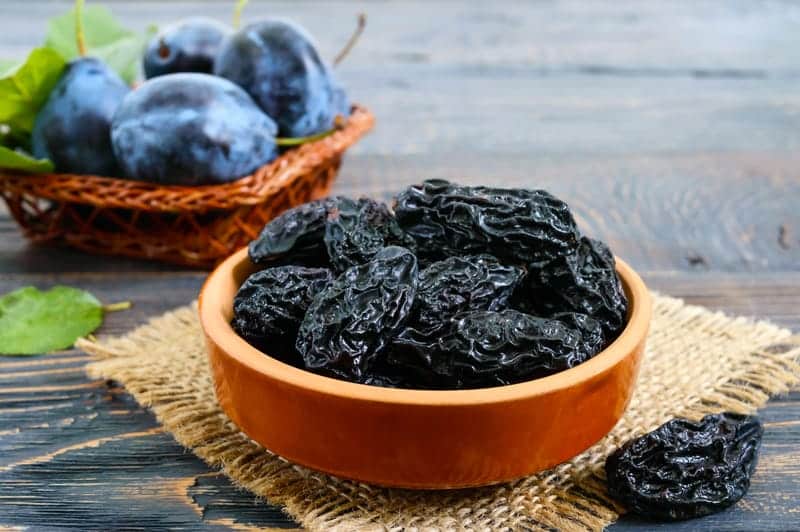 “We are seeing an exciting ‘dried plum effect’ on bones.

“In a variety of unique research scenarios, dried plum is consistently associated with a favorable bone response. No other compound appears to have the same degree of positive impact.”

The researchers conducted two separate experiments. In a prevention experiment, they looked at dietary supplementation with dried plum for mitigating the loss of bone induced by SCI. Then, in a recovery experiment, they examined if a dried plum diet could restore bone lost after SCI.

“This evaluation is particularly important as individuals who suffer SCI experience extremely rapid bone loss. The SCI-related bone loss then leads to an increased risk of fractures, osteoporosis, and overall morbidity and mortality.”

Liu explains that in the prevention evaluation, mice underwent SCI and were fed a diet containing 25% dried plum by weight or a control diet for up to 4 weeks. In vivo microCT scanning was performed three times, including at base line (immediately before SCI) and 2 and 4 weeks after SCI.

According to the findings, the dried plum diet completely prevented bone loss compared to control diets. In contrast, the control group diet resulted in 53% and 71% loss of bone volume at 2 and 4 weeks post injury, respectively.

“There are two types of cells involved with bone metabolism – osteoblasts and osteoclasts. Osteoblasts help to build new bone, while osteoclasts are essentially ‘bone eaters,'” and function to tear down bone.

“At this time, we believe that dried plum functions to inhibit the bone-eating osteoclasts and this results in more bone.”

Following the animal study, a pilot clinical trial providing SCI patients with dried plum did not show bone response among those experiencing SCI years prior to the trial. However, investigators indicate that additional research is needed among patients immediately following SCI to determine if dried plum can mitigate the loss of bone and bone strength as it did in the newly injured mice, the release explains.

According to Halloran and Liu, it remains unclear what bioactive compounds in dried plum are responsible for the beneficial effects on bone. However, the researchers suggest that the polyphenol content in dried plums may play a role.

Non-polyphenolic compounds in dried plum may also be involved, such as vitamin K and manganese. Both nutrients are recognized as contributing to the maintenance of normal bone. Future work will focus on identifying and isolating the bioactive factors in dried plums.

“In summary, dietary supplementation with dried plum or products derived from dried plum may prove to help slow the loss of bone induced by SCI, as well as to improve other bone-related conditions.

“The consistency of bone response to dried plum is remarkable, especially considering that dried plums are a whole food approach to healthy eating, as well as being readily available, economical, safe and – by all indications – effective in supporting healthy bones.”

Related Content:
Research Highlights Employment After Spinal Cord Injury
Standing Up to the Challenge of SCI
This Increases the Risk for Bone Loss in Older Hip Fracture Patients