NASA is Big on Small Technology That Measures Body Response.

A wearable device developed by Thought Technology, Ltd, of Montreal, Canada, was chosen by NASA to help gather data about the physiological responses of astronauts who train underwater for extended missions in space.

The off-the-shelf technology was used during research conducted in an undersea habitat off Key Largo, Fla, 65 feet below the ocean surface. Canadian astronaut Dave Williams and American, Ron Garin, joined by a Canadian physician, lived under conditions that simulated some of those experienced by astronauts working in space. The device used for the research was worn by the research subjects throughout the day and recorded multiple physiological measurements simultaneously.

NASA researcher William Toscano described the mission: “Our project was called Nemo Nine. It was 22 days long, with 2 astronauts participating. They wore the FlexComp Infiniti system for 3 of the mission days. What we were looking at were the effects of isolation, workload and fatigue on the individuals. We’re using the Nemo Nine environment as an analog of a space station.”

According to a statement by Thought Technologies, NASA used an array of monitoring apparatus that weighed up to one-half ton to capture physiological response data before micro-miniaturization technologies became available. Thought Technologies reports the FlexComp Infiniti weighs less than one pound.

In response to speculation over how the device might perform in an extreme research environment, Toscano gave the system high marks. “At 65 feet below sea level the pressure is about 2.65 (atmospheres)—different from conditions at the surface. There were questions of whether the instrument would function, would it work?  And it did, with flying colors!” 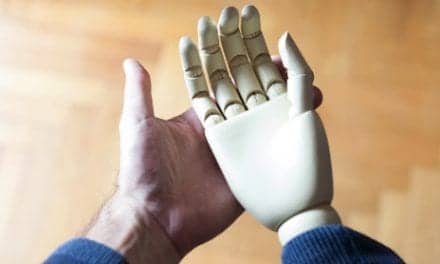