NEW YORK (Reuters Health) – Studies in mice suggest that the central nervous system is able to reorganize itself after spinal cord injury (SCI) and use alternative pathways to bypass the injury to restore the cellular communication needed for movement.

The discovery could eventually lead to new therapies to reverse paralysis due to SCI, scientists from the University of California, Los Angeles (UCLA) suggest in the January 6 advanced online issue of Nature Medicine.

"Spinal cord injuries in humans and experimental animals are often associated with varying degrees of spontaneous functional recovery during the first months after injury," Dr. Michael V. Sofroniew and colleagues point out.

"Such recovery is widely attributed to axons spared from injury that descend from the brain and bypass incomplete lesions, but its mechanisms are uncertain."

The UCLA team investigated the neural basis of spontaneous recovery in a mouse model of SCI. They did this by blocking half of the long nerve fibers in different places and at different times on each side of the spinal cord. They left the spinal cord’s center, containing a connected series of shorter nerve pathways, intact.

"When spinal cord damage blocked direct signals from the brain, under certain conditions, the messages were able to make detours around the injury," Dr. Sofroniew said in a UCLA statement. "The message would follow a series of shorter connections to deliver the brain’s command to move the legs." Most of the mice regained the ability to move their legs within 8 weeks.

"They walked more slowly and less confidently than before the injury, but still recovered mobility," Dr. Sofroniew added.

"Our findings show that pronounced functional recovery can occur after severe SCI without the maintenance or regeneration of direct projections from the brain past the lesion and can be mediated by the reorganization of descending and propriospinal connections," the investigators write.

"Targeting interventions toward augmenting the remodeling of relay connections may provide new therapeutic strategies to bypass lesions and restore function after SCI and in other conditions such as stroke and multiple sclerosis," they conclude. 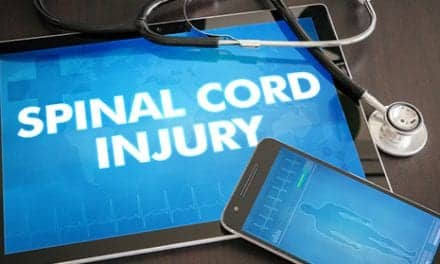