The Ohio State University Wexner Medical Center’s Dodd Hall will celebrate 50 years of physical medicine and rehabilitation with an invitation-only event for patients and staff from 11:30 am to 2 pm EST June 22.

Dodd Hall’s staff has spent half a century assisting patients with physical disabilities to improve their quality of life, a recent news release reports. The release notes that for the majority of its 50 years, Ernie Johnson, MD, who created the department in the early 1960s, led Dodd Hall.

According to Ohio State University Wexner Medical Center, U.S. News & World Report has ranked Ohio State’s rehabilitation program among the best in the country for 19 consecutive years. The university also reports that it is the only rehabilitation program in central Ohio certified for both traumatic brain injury (TBI) and stroke. It is also one of seven centers nationwide that encompass the NeuroRecovery Network, which is designed to use activity-based therapies for spinal cord injury (SCI) rehabilitation.

Dodd Hall’s staff places a primary focus on the restoration of health and function for patients with a wide range of neurologic conditions including amputation, brain injury, Parkinson’s diseases, and other movement disorders, SCI, and stroke. 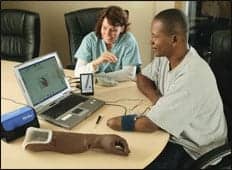