It wouldn’t take you long, upon seeing your fuzzy, whiskered, four-footed pet clawing at a large, upholstered piece of furniture, to say, “Cat, stop clawing the couch!” That kind of simple declarative sentence seems effortless and instinctive but, scientifically speaking, it’s the result of a complex series of steps that we still don’t entirely understand. Your brain has to convert the concept of a cat and a couch into words and then assemble those words with others to make a proper sentence. Trying to figure out how expressive language happens, and where it occurs in the brain, has challenged researchers for years. To find out, they need a way to measure the different parts of language, and then a tool to help them locate where in the brain the parts are assembled.

Researchers sponsored by the [removed]National Institute for Deafness and Other Communication Disorders[/removed] {NIDCD}, Bethesda, Md, are tackling these challenges and their work is offering insights into how the brain processes and organizes language. They are also beginning to question the conventional wisdom that two areas in the brain’s left hemisphere—Wernicke’s area and Broca’s area—are responsible for all of language. In this way, they’re moving us toward a deeper understanding of a process that relies on the coordination of a series of steps that engage a large and overlapping network of brain regions.

For several hundred years, language has been thought to depend heavily upon a region of the brain called Wernicke’s area, named after the German scientist who located it and claimed its function. But thanks to researchers such as Myrna Schwartz, PhD, who leads a group of investigators at the Moss Rehabilitation Research Institute, Philadelphia, that way of thinking is changing.

“What researchers have learned from functional brain imaging studies is that the brain is highly interactive,” said Schwartz in a statement. “Any given area will be active during a number of different tasks. But the big question is—which are the areas that are absolutely essential for the task?”

To help identify those areas, Schwartz and other researchers are studying people with aphasia, which can result from the brain damage of a stroke or from neurodegenerative diseases, such as Alzheimer’s disease. In particular, Schwartz studies anomia, a common symptom of aphasia, which makes it hard, if not impossible, to recall words or names.

“We think of word retrieval as something that starts with a concept to be expressed and proceeds in two steps,” said Schwartz. The first step is to match the concept to a known word stored in the brain’s library. The second step is to retrieve the sound structure, or phonology, of that word. Anomia reflects the breakdown in one or both of these steps. Some part of the network that leads from conceptualizing the target word to retrieving its phonology has been lost. In Schwartz’s research, important clues to the nature of the breakdown come from the types of word-retrieval errors people make. The occurrence of semantic errors, for example, saying “chair” when presented with a picture of a sofa, or “elephant” when naming a zebra, suggests problems that arise in the first retrieval step, when our brain is trying to locate the word that corresponds to the target.

To find out the anatomical location of that lost step, Schwartz and her colleagues studied 64 individuals who had become aphasic after a left hemisphere stroke. They wanted to know how often the participants produced semantic errors on a test of picture naming, in which they viewed simple line drawings of animals and objects and named what they saw. The researchers also wanted to isolate semantic errors caused by faulty word retrieval from those caused by imperfect understanding of the pictured objects. To do this, they adjusted each participant’s semantic error score to take into account their success in a different test that asked them to match pictures based on whether they were related, such as a pyramid with a palm tree. The researchers used high-resolution 3-D imaging and a new technique known as “voxel-based lesion-symptom matching” to identify small brain areas in which the presence of stroke-related damage correlated with this measure of word retrieval.

Looking at the results, Schwartz and her colleagues observed that semantic error scores were most highly associated with damage in a part of the brain called the anterior temporal lobe—located at the front left side of the brain. Interestingly, the damage wasn’t in Wernicke’s area, which is located at the rear part of the temporal lobe. In fact, Wernicke’s area appeared to play little to no role in helping someone get from concept to word.

“Our study is the first to demonstrate a specific and necessary role for the left anterior temporal lobe in mapping concepts to words in production,” said Schwartz. “We think it must play a necessary role in narrowing down a concept’s choices and correctly selecting the target name from other, related names. Damage to this area blunts the finer grain of differentiation and increases the likelihood of semantic errors.”

The research of another NIDCD-supported investigator, Marsel Mesulam, MD. offers physicians a quick and easy way to diagnose the specific type of aphasia someone has, and then use this to predict the most likely cause.

Mesulam and a group of colleagues at Northwestern University in Chicago have been studying people with primary progressive aphasia (PPA), a condition in which language skills slowly deteriorate. “PPA is a special kind of disease because it’s defined by the fact that it specifically attacks the language areas of the brain,” said Mesulam, “and its only symptom, at the beginning, is aphasia.” But the type of aphasia found in PPA varies from person to person. Some have problems recalling words or names, while others have problems putting words in the proper order to make a sentence, and yet another group will stop and start as they make their way to the end of a sentence.

Mesulam has identified four different variations of PPA, depending on the type of language impairment, and has mapped the places in the brain associated with each variation. Like Schwartz, he has observed that people with the type of PPA that causes problems with word retrieval have the most damage in the anterior temporal lobe. “There’s an impediment to the free flow of information between word and object representation,” he says.

Knowing that a type of language impairment is correlated to an area of the brain that’s been damaged gives doctors clues to the changes in the brain that are causing the language problems. For example, some variants of PPA are more likely to be associated with Alzheimer’s disease versus other neurodegenerative conditions.

To help physicians make better diagnoses for people with progressive aphasia, Mesulam and his colleagues have developed a way to discriminate among the four different variants using two simple language tests that evaluate word comprehension and sentence construction. Since the early stages of these diseases can often be treated successfully with therapeutic interventions, knowing early in the game the specific type of language deficit will help doctors target treatment more effectively.

And what about the new discovery that word retrieval impairments result from damage to a different part of the brain than Wernicke’s area? “We’ll incorporate this new piece of evidence into an account that’s a little bit more complex,” said Mesulam. “In the end, I think we’ll find out that there is a comprehension-related area where Wernicke said it was, but there are also more specialized comprehension areas where greater specificity takes place.” 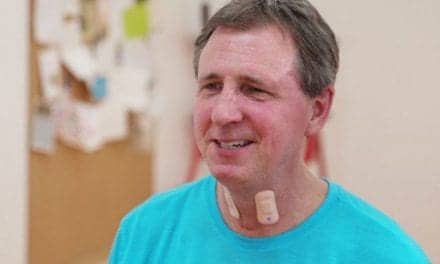 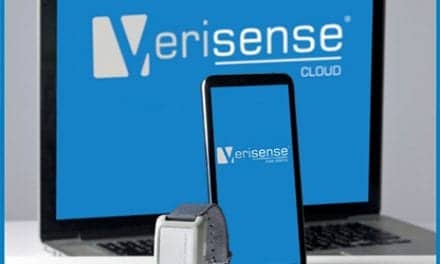 Spaulding Rehab Researcher to Use Verisense in Next Stroke Study 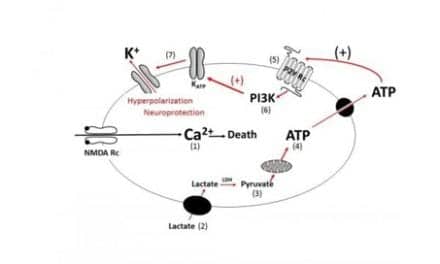