In about a week, the holiday season will begin and offer abundant opportunities to sit with friends and have a few drinks. Wherever there is an occasion for spirits and fellowship, there may also be a temptation to drink and drive, which, for a PT, can be a catastrophic career move. If your friends are night club bouncers or members of Congress, a DUI conviction offers little risk to their jobs. As a physical therapist, however, a DUI not only can tank a career, but it can also deliver a shameful slap in the face to individuals whose spinal cords have been forever altered because some drunk didn’t want to bother with a cab.

Before the pursuit of holiday spirits overtakes you, consider that state licensing boards take DUIs seriously. An Internet search for disciplinary actions of state physical therapy boards demonstrates DUIs carry consequences for PTs. Inside these reports are names of offenders and related personal information that can be easily viewed by the public, some of whom may play a central role in shaping your future: in-laws, referring physicians, your next employer to name a few. It took less than 2 minutes for me to find the names of clinicians from California, Mississippi, and Kentucky charged with disciplinary actions that stemmed from DUI convictions. Those sanctions ranged from license revocations and suspensions to orders for psychological evaluation and treatment. As I read the names of these individuals, I wondered how the notoriety affected their work reputations. This is not a list on which any PT wants to appear.

Then there’s the money. Some state boards want to be compensated for the time and effort they expend looking into offenses. The costs leveled against one PT for the investigation and prosecution of that individual’s case topped more than $6,000. That figure ticks higher if, after a DUI conviction, the state’s licensing board assigns a probationary license to a practitioner, requiring the license holder to participate in a board-contracted diversion program—paid entirely by the licensee.

Still feel like a drink? How about a holiday tattoo, instead? Like a tattoo, the imprint left on a clinician’s public record by a disciplinary action can remain indefinitely. As an example, the state of California, the state in which I seek PT services, demands the disclosure of all convictions and criminal offenses before a PT/PTA license will be granted. In very muscular language, that state’s board instructs applicants to disclose all citations prior to receiving a license to practice. This includes infractions, misdemeanors, and felonies. For the uninformed, DUIs are doled out as both misdemeanors and felonies.

To remind yourself of the narrow path your personal life and professional life share as you head into this holiday season, instead of humming “Over the river and through the woods,” try this little ditty, taken from wording that could appear in just about any state licensing statute: “The Physical Therapy Board of my state considers a DUI to be substantially related to the practice of physical therapy. The offense constitutes unprofessional conduct and therefore is punishable through disciplinary action imposed by the Board.”

A license to practice physical therapy is not a birthright. It is a privilege granted by a state board, which clinicians are allowed to hold through competent and responsible practice. Your degree, whether PT, MPT, or DPT, was earned with sweat and sacrifice that commands respect from your peers and your patients. It also deserves respect from you and, like any precious heirloom ornament, should be handled responsibly so it can be displayed proudly year after year. 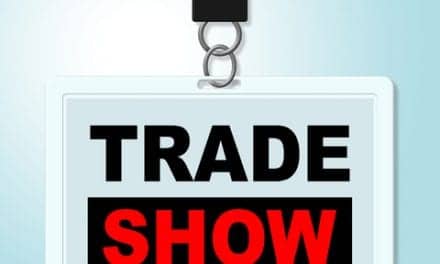 Bill Boosts Protections for Those With Disabilities