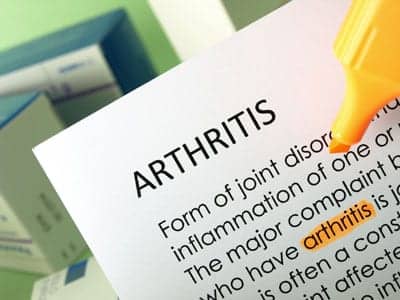 Researchers say a small protein may help protect against the bone loss that often accompanies arthritis and its treatment. A news release from Georgia Regents University & Health System News states that arthritis, as well as aging, prompts the body to produce more fat than bone and previous research has shown that the protein GILZ can restore a more youthful, healthy mix. It can also scale down inflammation, researchers say.

In the release, Xingming Shi, PhD, bone biologist at the Medical College of Georgia at Georgia Regents University, indicates that GILZ may one day serve as an improved treatment option for arthritis patients. The research is slated for presentation at The American Society for Bone and Mineral Research 2014 Annual Meeting, which began September 12, and runs through September 15 in Houston.

Synthetic glucocortoicoids are widely used to treat arthritis and increase bone loss, Shi says.  In addition, according to the researchers, glucocortoicoids such as prednisone, produce other side effects including diabetes. While GILZ is induced by glucocorticoids, directly overexpressing the protein reportedly appears to better target sources of bone loss and inflammation and avoids these side effects.

In an effort to zero in specifically on bone loss, the release states that researchers crossed mice bred to overexpress tumor necrosis factor alpha throughout the body with mice that overexpressed GILZ in just their mesenchymal stem cells. These stem cells produce the osteoblasts, which make bone. The release notes that they also make fat, and when the cells stop making as much bone, they tend to make more of it.

According to Shi’s lab, GILZ can coax mesenchymal stem cells back into making more bone and less fat. Shi reports that while the mice that overexpressed only tumor necrosis factor alpha quickly developed arthritis along with significant bone and weight loss, those that also overexpressed GILZ had significantly less bone loss.

Nianlan Yang, MCG postdoctoral fellow, states that the researchers’ previous studies suggested that the GILZ transgenic mouse can make more bone, and “We wanted to see if GILZ would still have a bone protective effect in an inflammatory environment similar to arthritis.”

Yang adds that the next steps will focus on developing an oral treatment that increases GILZ expression rather than the genetic alterations the researchers have used in animal models.

SSDI Beneficiaries Who Use Vocational Rehab Services May Have Better Return-to-Work Outcomes, Per Study