The reform law is the Medicare Improvements for Patients and Providers Act of 2008 (HR 6331). Approved earlier this year by Congress, then vetoed by President George W. Bush, and ultimately resuscitated by override votes in both the Senate and House of Representatives, the new measure delays by 18 months implementation of Medicare competitive bidding for certain durable medical equipment, including complex wheelchairs.

Competitive bidding was scheduled to formally begin July 1 in 10 major metropolitan areas and later expand to cover most of the nation. However, it was largely reviled by rehab technology suppliers: the program was designed to force them to cut one another’s throats over the pricing of mobility and complex rehab equipment, plus almost everything else they might carry. Epithets such as “train wreck” and “disaster in the making” were routinely applied to Medicare competitive bidding. Foes predicted the cost-savings scheme would crush the industry and obliterate the ability of patients and rehab clients to obtain products and services properly matched to their health needs.

On the surface, at least, HR 6331 represents a step in the right direction, contends Mark R. Schmeler, PhD, OTR/L, ATP, a clinician and director of continuing education in the Department of Rehabilitation Science and Technology at the University of Pittsburgh. “It’s not a complete solution because the legislation doesn’t end competitive bidding, but only delays implementation for 18 months,” he says. “Suppliers are breathing a huge sigh of relief. And so should we clinicians. For these next 2 years, we’ll be able to continue using best-practices in recommending complex rehab equipment. Had HR 6331 not been enacted, competitive bidding’s rules would have told us who among rehab technology suppliers we could and could not work with. This would have had the effect of limiting product availability and access to quality service.”

Schmeler notes that competitive bidding’s postponement lasts into the middle of the next presidential administration and another new Congress. “Hopefully, the nation will have elected leaders willing to permanently end competitive bidding and introduce some truly equitable Medicare reimbursement reforms,” he says. “Personally, I’d like to go back to the days when clinicians exercised their own form of competitive bidding, where we were free to choose who we wanted to do business with based on their qualifications and product selection, not on government gaming of the system. And I’d like to go back to this because it is the clinician—not Medicare or a private insurance company—who does the superior job determining which supplier is best qualified to provide the equipment prescribed.”

To many, though, HR 6331 is a classic example of government dealing relief with one hand and grief with the other. The latter is caused by a provision that reduces Medicare reimbursement for complex rehab equipment (including wheelchairs in Group III and above) by 9.5%. Jim Greatorex, founder and president of Black Bear Medical in Portland, Me, and immediate past president of the politically influential New England Medical Equipment Dealers Association (NEMED) warns that this reimbursement rollback will auger much trouble for rehab professionals and their clients. “This 9.5% cut is steep, and for many of us, too steep,” he says. “What’s really bad about it is it practically follows right on the heals of the cut they hit us with in 2006 for complex rehab equipment. That one we could live with; it was workable for us. But this new one, no.”

Greatorex says the response by rehab technology suppliers will be to “pay very close attention to pricing, which means clients might not be able to access the right equipment, the optimally cost-effective product, the one ideally matched to their mobility requirements.” Many suppliers, Greatorex explains, will carve down their available product selections—significantly so—in order to survive the 9.5% cut. Black Bear Medical likely will be among those taking that step, but may wait until next month (November) to begin it. “The 9.5% cut doesn’t go into effect until January 1, so the fourth quarter of this year will be the best time to implement our changes in regard to the cut,” says Greatorex.

OILING FOR A FIGHT

Compounding matters for rehab technology suppliers is the recent spike in gasoline prices.

“Suppliers are paying more to fill the tanks of their vehicles; that’s an issue all by itself,” says Schmeler, who explains that high fuel costs are driving some companies to put the brakes on trips to the homes of clients for equipment servicing and are instead making those clients come to the company. “This is a problem for consumers, but especially so when they have limited transportation resources or are homebound.”

Gasoline prices also affect equipment costs further up the distribution chain. The reason is simple: it is more expensive now to transport wheelchairs from the manufacturing plant to the supplier. Manufacturers for the most part do not absorb the added costs of shipping; rather, they pass them along. In some instances, the pass-through is high enough to dissuade a rehab technology supplier from making the affected product or products available to clients.

Sharply rising energy costs pump up the price of products and threaten availability in one other way. Many—if not most—major components of a wheelchair and its accessories are made from crude oil. Tires, axle bearings and seals, footrests, seats, backrests, seating and positioning systems, headrests, trays, cup holders, umbrellas, safety flags, electronics casings, joysticks, control buttons, carryalls, and anything else employing plastic, rubber, polymer foam, vinyl, and paint all are derived from petroleum. Consequently, it matters not whether a wheelchair is made in Mexico, Taiwan, India, or anywhere in the Third World: if crude oil costs more, so do wheelchairs.

Taken together, rising energy costs, payroll expenses, and the 9.5% reimbursement cut have made it an imperative for product providers to look at how they do business in general. Says Schmeler, “Suppliers are now looking at whether there are ways they can reduce their operating costs by being more efficient. Their hope is that by reducing costs, they can offset some of the effects of those high prices and lowered reimbursements.”

Schmeler expresses guarded optimism that suppliers will find a way to succeed—and in so doing enable clients to continue accessing the equipment deemed most advantageous for them. “This industry has always managed to find ways to work with cuts, and I think that may be the case yet again,” he says.

Meanwhile, many wonder if HR 6331’s postponement of competitive bidding will sufficiently comfort manufacturers of complex rehab equipment and convince them the time is right to forge ahead with research and development. The answer is not yet clear, but Schmeler for one expects makers to continue exercising reserve on that front.

“Everybody right now is waiting to see what the next presidential administration and the new Congress do—extend the postponement, make it permanent, let competitive bidding come back but in some modified form, or approach reform in an entirely different way,” he says. “I only hope that, whatever happens, it won’t mean manufacturers give up trying to develop better product.”

The good news is that the adverse impacts of HR 6331 should be negligible—if even that—where manual and lightweight wheelchairs are concerned. “Codes for manual chairs are in the process of being revamped, and, as such, most manual chairs will end up being removed from the complex rehab category,” Greatorex predicts. “The biggest exception will be the tilt-in-space manual chairs—these will certainly be affected by the 9.5% cut, which is unfortunate because tilt-in-space systems typically involve expenditure of the greatest amounts of labor and materials to properly set up for clients.”

The code revamp is needed, according to Greatorex, because “technology in manual chairs has changed so much that now, just as with power chairs back in 2006, we have a single code trying to cover a huge realm of product.” The new codes (at last word, in a holding pattern) will better define manual products, he says.

Similarly, lightweights will not be affected by the 9.5% rehabilitation cut. “The impact is going to be seen only in power wheelchair categories of Group III and above,” Greatorex offers.

In the main, suppliers like Greatorex view the derailment of competitive bidding as a strongly positive development, even though it is temporary. “This reprieve absolutely had to happen for the sake of the consumers and of the providers,” he insists.

The core business activity at Black Bear Medical is provision of complex rehab equipment, currently representing approximately 50% of the company’s revenues, so the postponement of competitive bidding means a great deal to Greatorex. Black Bear Medical’s biggest successes come in the sale and service of manual tilt-in-space wheelchairs, complex power wheelchairs, and almost anything rehab-oriented for children. On the flip side, his less-than-stellar performers are scooters and other consumer-level power mobility devices. “Consumer power is difficult because only about half the people who walk in asking for these products qualify for them under Medicare rules,” Greatorex offers. “Then, because you’re dealing mostly in a nonrehab setting, you have to clerically deal with primary care physicians and their staffs for medical necessity documentation that usually isn’t correctly written up owing to the fact that those particular providers lack the experience writing it— a real nightmare to deal with.”

Greatorex believes enactment of HR 6331 grants the industry an opportunity to “chase away the smog and clear the air enough so that maybe we can get a handle on where our reimbursement is actually now headed.” The battle he and others fought against competitive bidding (Greatorex directly petitioned elected officials in Washington, DC) delivered more than a crushing blow to the Medicare cost-savings scheme. It also ensured mobility and complex rehab providers like him a seat at the federal government’s table for discussions about future initiatives concocted by the Centers for Medicare and Medicaid Services and other agencies. “I think lawmakers next time will want our input before approving any new programs that impact us and those who we serve,” Greatorex predicts. “Part of the reason for that is the relationships our industry was able to develop with members of Congress and their staffs.”

The strength of those relationships may be put to the test sooner rather than later: Greatorex believes the industry needs to return to Capitol Hill and petition for relief from the 9.5% complex rehab cut. However, doing so risks alienating the industry’s friends in Congress. Says Greatorex, “We’ll in effect be telling those who were our champions, ‘What you did for us was great, but now we want more.’ So if and when we go back to address this issue, it will have to be handled delicately. Because, first and foremost, we have to try for a permanent elimination of competitive bidding—that’s the single most important thing. We don’t want to gain a victory over the 9.5% cut if it undercuts our ability to gain the larger victory over competitive bidding. In other words, we want to be careful not to win the battle but lose the war. Because, if we win, it’s a victory not just for rehab technology suppliers, but for physical and occupational therapists along with their clients—the people who need and deserve to be provided the absolute optimum wheelchair. Getting clients into that right chair just isn’t going to happen if the right chair is no longer offered because the law makes doing so an impossibility.”

Rich Smith is a contributing writer for Rehab Management. For more information, contact . 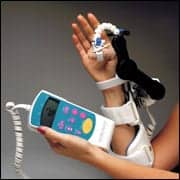 Readmissions Due to Falls Reduced by Comprehensive Care Program 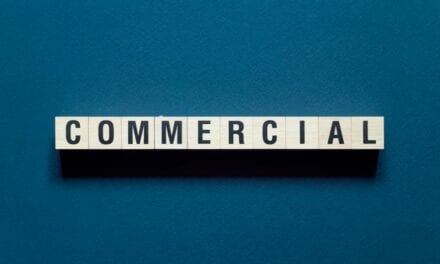