United Spinal Association reports in a news release that during its 4th annual “Roll on Capitol Hill” (ROCH) on June 7-10, members and advocates from its national network of chapters gathered in Washington, DC, to help shape policies that, it notes, impact the health, independence, and quality of life of people living with spinal cord injuries and disorders (SCI/D).

The Association notes that this, its signature policy event, is held to ensure that legislators include wheelchair users and all people with disabilities in policy debates on Capitol Hill.

Attendees participated in 200 congressional office visits, meeting face to face with their representatives and other key legislators to personally discuss issues that impact the disability community. Issues discussed included the need for greater access to individually configured wheelchairs, as well as accessible transportation, medical supplies, prescription drugs, and Medicaid, according to the release.

“Your courage to speak out and shed light on the issues that affect your quality of life is something that should be commended. There’s no question, your voice will make a difference for our entire community,” says Tom Aiello, a United Spinal Association board member and disabled veteran, during his welcome remarks, in the release.

“And what a fitting occasion, as we celebrate the 25th Anniversary of the Americans with Disabilities Act, to come together on Capitol Hill to advocate for greater rights and opportunities,” Aiello adds in the release.

Keynote speaker Sharon Lewis, principal deputy administrator for community living and Department of Health and Human Services’ senior advisor on disability, reminded ROCH attendees during her June 8 keynote speech that it was also the fifth anniversary of the Affordable Care act, which, she says in the release, is considered to be the critical piece missing for the Americans with Disabilities Act.

“The one place that we have allowed discrimination to stand until 5 years ago is within our field of healthcare and health insurance. It’s important to remember that the Affordable Care Act and the [ADA] have a very important relationship, as you think about the work you’re doing here in DC at Roll on Capitol Hill and the importance of access to health care and health related services as a civil right,” she says in her keynote, per the release.

The release explains that on the evening of June 9, United Spinal Association hosted a Congressional Awards Reception to recognize members of Congress for their outstanding service to people with disabilities and veterans.

Consumer advocate Willis Washington was also honored with the 2015 Advocate of the Year Award for his years of effective advocacy on behalf of people with disabilities, not only in his own state of Oklahoma but across the country.

“As our representatives and the general public become more aware of the issues wheelchair users deal with on a daily basis, they become more understanding. And that’s where true progress begins,” Washington says, in the release.

James Weisman, United Spinal Association’s executive vice president and general counsel, was also recognized for his 38 years of advocacy work to expand the rights of people living with disabilities, and for his commitment to ensure that wheelchair users in New York City and across the country have access to transportation.

“Deep down, I truly love what I do. Every day presents the opportunity to help people overcome a variety of challenges,” Weisman says.

“That’s what makes the job so enjoyable: to be able to make a difference in someone’s life, and share what I’ve learned over the years working within this great community,” Weisman adds in the release.

The release explains that the legislation and public policies United Spinal Association members and others advocated for during ROCH 2015 included: 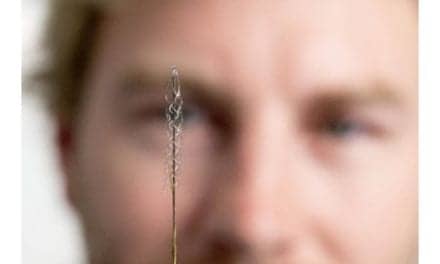 Imagine Controlling an Exoskeleton with the Power of Thought