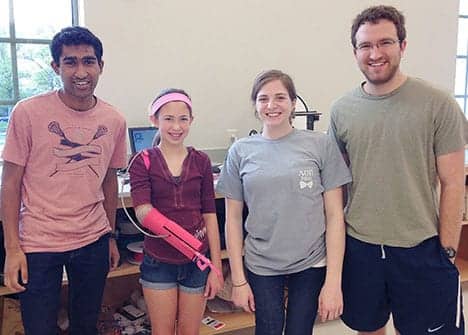 A student team at Washington University in St. Louis recently used a 3-D printer to furnish a young girl with a robotic prosthetic arm composed of bright pink plastic.

Sydney Kendall, aged 13 years old, lost her right arm in a boating accident at the age of 6 years old. While she learned to write with her left arm, a university news release notes that she found many tasks challenging to accomplish with her current prosthetic arm. The new arm, she says, is easy to manipulate. By moving her shoulder, the release reports that Kendall can direct the arm to throw a ball, move a computer mouse, and perform other tasks.

According to the release, the students developed the robotic prosthetic as part of their engineering design course with Joseph Klaesner, PhD, associate professor of physical therapy at the School of Medicine. Additionally, medical practitioners, who included orthopedic hand surgeons Charles A. Goldfarb, MD, and Lindley Wall, MD, associate professors of orthopaedic surgery at the School of Medicine, served as mentors.

Goldfarb states in a recent blog post that the team bought their “engineering expertise and we shared our practical experience with prosthetics and the needs of children.”

The prosthetic is battery-powered and controlled using an accelerometer. The thumb is designed to move with a slightly different trigger (compared with finger motion), the release says.

While 3-D printers can run about $2,500, the release states that they are capable of producing artificial limbs at a relatively low individual cost.

Goldfarb explains that, “These prosthetic hands are really exciting because they are inexpensive, can be remade when the child grows, and they do offer functional abilities.”

A January 2014 video shows the team’s first prototype of its biomedical engineering senior design project. The device is intended as a prosthetic arm for individuals with a transradial limb difference. By moving the shoulder, the user is able to control digit flexion and extension. The release reports that vertical shoulder motions flex and extend all five digits, while horizontal shoulder movements flex and extend the thumb. 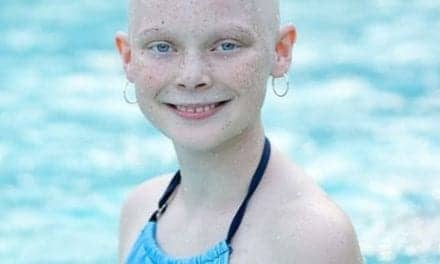 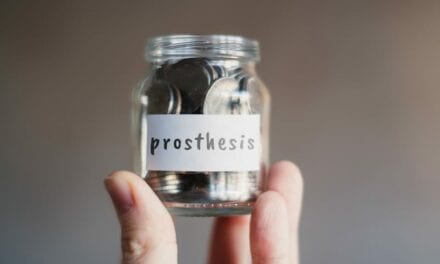 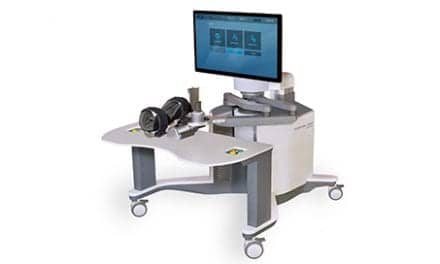 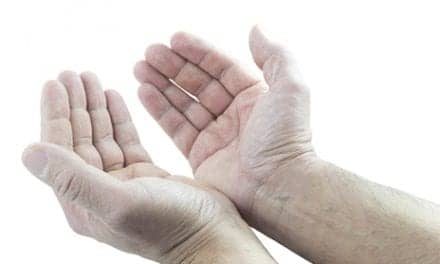