In July 16, 2007, the Centers for Medicare and Medicaid Services (CMS) released a long-anticipated final rule establishing the policies for the revised payment system for ambulatory surgical centers (ASCs). The new payment system, effective January 1, 2008, will significantly change how much Medicare pays ASCs for the facility component of surgical services provided to Medicare beneficiaries.

CMS has stated that the new rule for 2008 is intended to encourage both quality and efficient care in the most appropriate outpatient setting given the rapid spending growth for services and the large variations in the use of services. The revised payment system is also intended to more logically align payment rates across different payment systems to eliminate any potential payment incentives favoring one care setting over another.

Under the current CMS ASC payment methodology, Medicare pays ASCs on the basis of a fee schedule. Currently, Medicare pays for more than 2,500 surgical procedures on an approved ASC list, based on a simple fee schedule comprised of nine payment groups ranging from $333 to $1,339. The payment rates are adjusted for geographic variation. Additionally, the ASC payment is for facility costs only. The physician or other treating professional for surgical and anesthesia services is paid separately under Medicare’s Physician Fee Schedule (MPFS).

This payment system has been only minimally updated since the introduction of ASC payment benefits by Medicare in 1982. The ASC payment groups and rates were last rebased in March 1990 using cost, charge, and utilization data from a 1986 survey of ASC costs. As a result of minimal changes since inception, the ASC payment system has recently been subject to considerable criticism from policymakers and the ASC community for being out-of-line with the current ASC practices and costs.

As a result of these concerns, Congress required CMS to revise the ASC payment system no later than January 1, 2008, through the passage of the Medicare Prescription Drug, Improvement, and Modernization Act of 2003 (MMA). In August 2006, CMS issued a proposal to implement a new payment system as required by the MMA. The proposed system recognized that there are overlaps between services performed in hospital outpatient departments, physician’s offices, and ASCs. Accordingly, the newly proposed system attempted to avoid creating payment incentives that would favor one setting over another.

Generally, CMS proposed to use the hospital outpatient prospective payment system (OPPS) as the basis for determining payments to ASCs for surgical services. The proposal involved payment rates based on a percentage of the OPPS rates and capped payment to the ASC at the nonfacility practice expense (PE) component of the physician payment under the MPFS for services that are frequently performed in physician offices. The final ASC payment changes issued by CMS in July finalized these proposed changes with a course of implementation to begin on January 1, 2008.

While CMS will use the same APC relative payment weights devised under the OPPS as the basis for calculating ASC payment rates, ASCs will not be paid exactly the same as hospitals. CMS is obligated by the MMA to implement the new payment system in a budget-neutral manner. Accordingly, CMS will use a significantly lower conversion factor multiplied by the ASC/OPPS relative weights to determine payment for an individual procedure. CMS estimates that the 2008 ASC conversion factor will be $42.543. In comparison, the 2008 hospital conversion factor under the OPPS is $63.693. As a result, CMS estimates that ASCs will be paid approximately 67% of what hospitals are paid for the same procedures in 2008.

Additionally, many of the surgical procedures that are newly payable in ASCs are commonly performed in physician’s offices. While the expansion of the ASC list is welcome news for many practitioners, the practical effect is less exciting as a result of the “office-based” procedure payment cap. CMS does not want to create inappropriate payment incentives for procedures to be performed in an ASC if a physician’s office is the most efficient setting for providing high-quality care.

Therefore, CMS will cap payment for any “office-based” procedures for which payment of an ASC facility fee would be allowed under the revised payment system as of January 1, 2008, at the lesser of the Medicare Physician Fee Schedule nonfacility practice expense payment or the ASC rate under the revised ASC payment system. Approximately 350 of the 790 newly added procedures are subject to this payment cap and will therefore be paid at amounts established under the Physician Fee Schedule.

Generally, CMS will continue the current policy of packaging the ASC facility fee payment with all direct and indirect costs related to a surgical procedure. The final rule provides for Medicare to pay ASCs separately for covered ancillary services provided to beneficiaries. To be eligible for payment, the services must be integral to covered surgical procedures and must be provided immediately before, during, or immediately after the covered procedure. Covered ancillary services eligible for payment include the following: radiology services, drugs and biologicals that are separately payable under the OPPS, devices that are eligible for pass-through payments under the OPPS, brachytherapy sources, and corneal tissue acquisition.

Under the final rule, payment for covered ancillary radiology services is made to ASCs as the lesser of the ASC rate or the amount of the nonfacility practice expense under the MPFS. Additionally, Medicare will pay ASCs separately for all drugs and biologicals that are separately paid under the OPPS when those drugs and biologicals are provided integral to covered surgical procedures. The final ASC rule also provides for separate payment at contractor-priced rates for devices that have pass-through status under the OPPS when the devices are an integral part of a covered surgical procedure.

However, CMS will no longer make separate payments for implantable prosthetic devices and implantable durable medical equipment inserted surgically at an ASC. The ASC final rule packages payment for a high-cost device into the associated procedure payment as it is under the OPPS, unless it is a device eligible for pass-through payments under the OPPS. CMS will provide separate payment to ASCs only for devices that are included in device categories with pass-through status under OPPS. Medicare will pay ASCs for such devices at contractor-priced rates when they are implanted in ASCs during a covered surgical procedure.

The ASC final rule provides for a 4-year transition period for implementation of the rates calculated using the methodology of the revised ASC payment system. The transition period will implement the new ASC payment system on a blended percentage basis utilizing both the new ASC payment rates and the current ASC rates. Thus, for CY 2008, the payment rates for the procedures subject to the transition are comprised of a 25/75 blend, including 25% of the CY 2008 revised rate plus 75% of the CY 2007 ASC rates. The following chart summarizes the 4-year transition blended rates:

Regardless of the payment restructuring, ambulatory surgery remains a viable outpatient venue for patients and their physicians. The significance of the financial impact will be dependent upon practice patterns and types of procedures performed within the ASC.

Cherilyn G. Murer, JD, CRA, is CEO and founder of the Murer Group, a legal-based health care management consulting firm in Joliet, Ill, specializing in strategic analysis and business development. Murer may be reached at (815) 727-3355 or viewed on her Web site at www.murer.com. 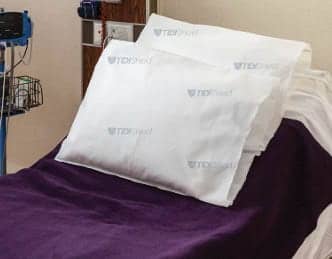