As an Army Reserve Mental Health care professional, dealing with stress in a combat zone has the pressure of dealing with a high tempo environment as well as contending with issues that exist at home. Major Madeline Belarde, commander of the 1835th Combat Stress Control (CSC), is embarking on her second deployment—her first as commander—where she will lead the mission of 1835th, "Provide flexibly tailored combat stress control reconstitution support, preventive and treatment services in support of a Division and co-located Corps elements, or an area basis to a Joint/Combined Force as directed in other Military Operations," according to a military news release.

Belarde is a seasoned veteran of metal health field, both as a civilian and a soldier who reportedly has the complete backing of her family as she prepares for a second mobilization, and views her soldiers as "an extended family".

Belarde, an experienced combat counselor, describes her command philosophy as one that provides the leadership that takes care of the soldier as a "whole", including emotional, physical, psychological and spiritual needs.

"My commitment is to provide leadership and a command climate that maintains a balanced focus between mission, soldier’s welfare, and unit morale and soldier efficiency, Belarde says. "The foundation of stress reduction includes trust and confidence in fellow service members, the unit technical ability, serviceability of equipment."

According to a military news release, units such as the one Belarde commands provide combat stress interventions in both clinical settings, where soldiers visit combat stress, and combat stress visits soldiers at their work site. 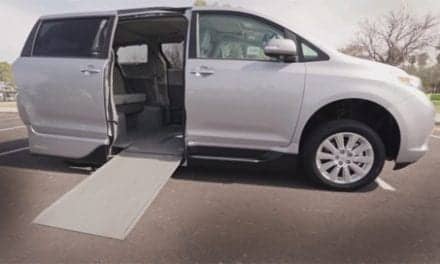 Hang On for the Ride: Big WAV of Accessible Vehicles Coming to North America