“A final follow-up in our study showed 9.6% of the double-bundle group and 10% of the sing-bundle group having signs of OA progression, which is an insignificant difference,” explains Jongkeun Seon, MD, corresponding study author from Chonnam National University Hwasun Hospital.

A recent American Orthopaedic Society for Sports Medicine (AOSSM) news release reports that the study encompassed 112 patients. Among those patients, 89 men and 23 women reportedly recovered full range of motion within 6 months of surgery. Researchers note that functional and physical results were similar in the two test groups.

“Our study shows little connection between the onset of osteoarthritis and single- or double-bundle surgery,” Seon says. Seon adds that patients more than 40 years old at the time of surgery did exhibit OA change more frequently. Seon calls for a closer examination of these patients as they age in order to determine if the number of cases will continue to increase.

The release notes that researchers presented the study’s results at AOSSM’s annual meeting in Baltimore, Md. 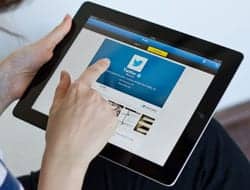