The U.S. News and World Report has ranked Craig Hospital, headquartered in Englewood, Colo, seventh among the Top Ten of America’s Rehabilitation Hospitals. This year marks the 23rd consecutive year that the facility has been recognized. Mike Fordyce, Craig Hospital president, articulates his pride in being a part of the facility’s staff, noting that, “Our 23rd year of continuous ranking in the Top Ten in Rehabilitation is a remarkable accomplishment for an independent non-university hospital that specializes in just two rehab diagnoses.” Fordyce also adds that he congratulates the other Colorado hospitals ranked in the 2012 survey.

Craig Hospital is a non-profit specialty hospital dedicated exclusively to rehabilitation and research geared toward assisting individuals who have sustained spinal cord injuries (SCIs) and traumatic brain injuries (TBIs). A recent news release reports that the facility has also been recognized for its work in the past, receiving the Magnet Recognition in 2005 and 2010. The release also notes that Craig was distinguished as the “#1 Non-Profit Health Care Organization” by the El Pomar Foundation in 2011, and ranked #3 Top Work Place” by the Denver Post. 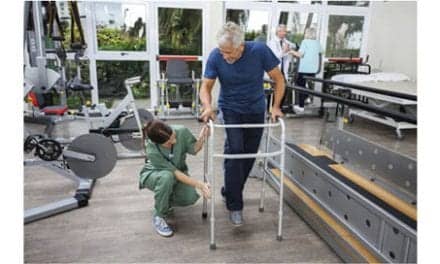 US Physical Activity Guidelines Reflect Those Published By ACSM, AHA