Testing men for elevated levels of prostate-specific antigen (PSA) in the blood—the gold standard screening test for prostate cancer—may be biased against obese men, whose PSA levels tend to be deceptively low. And the bias may be creating more aggressive cancers in this population by delaying diagnosis, according to a new study spearheaded by investigators in the Duke Prostate Center and the Durham Veterans Affairs (VA) Medical Center.

"We know that obese men tend to have lower PSA values than their normal-weight counterparts, possibly caused by larger blood volumes which dilute the readings," said Stephen Freedland, MD, a urologist at Duke and the Durham VA, and lead investigator on the study. "Now we know some of the real implications of this—that these men are at a disadvantage in terms of prognosis compared to normal-weight men."

The researchers published their findings online in the journal BJU International. The study was funded by the Department of Veterans Affairs, the National Institutes of Health, the Georgia Cancer Coalition, the Department of Defense, the Prostate Cancer Research Program, and the American Urological Association Foundation’s Astellas Rising Star in Urology Award, which was awarded to Freedland.

"We used patient data to examine the association between body mass index, or BMI—a measure of obesity—and the amount of disease discovered after surgery to remove the prostate, " Freedland said. "We compared men who had their cancers detected by PSA screening to those who had an abnormal digital rectal exam, which may not confer the same bias against obese men."

The researchers looked at nearly 3,400 men in the years since 2000, when PSA screening became the preferred test for prostate cancer.

Obese patients whose cancer was diagnosed by PSA testing had more than twice the risk of cancer recurrence after surgery than their normal-weight counterparts, Freedland said, adding that, in contrast, obese men with abnormal digital rectal exams had similar outcomes as normal-weight men.

Another Duke study published in the same issue of the journal amplifies the concern that obese men have poorer prognoses than normal-weight men. The study showed obese men have a higher rate of positive surgical margins after surgery to remove the prostate, meaning that there was a higher chance cancer was left behind.

This suggests that prostate cancer surgery is technically more challenging in obese men, making complete tumor removal harder, according to Jayakrishnan Jayachandran, MD, a urological oncology fellow at Duke and lead investigator on the second study.

"The aggressiveness of obese men’s tumors, coupled with the fact that they may be more difficult to remove, is like a double whammy for being obese," Jayachandran said.

"The least we can do is find a way to level the playing field when it comes to diagnostic tools," Freedland said.

PSA screening has been the most common tool used to detect prostate cancer over the past 8 to 10 years; men are less commonly diagnosed based on digital rectal exam alone.

The researchers are hopeful this data, coupled with the earlier data on which it builds, may be a catalyst to encourage alternative screening methods for obese men, or a lower threshold for worrisome PSA levels in obese men.

"Obesity is very common in the United States, so this potentially affects a lot of people," Freedland said. "We can’t forget that when we use the term obese we are not just talking about very, very, large men. A man who is 5 foot 9 and weighs 203 pounds would be considered obese." 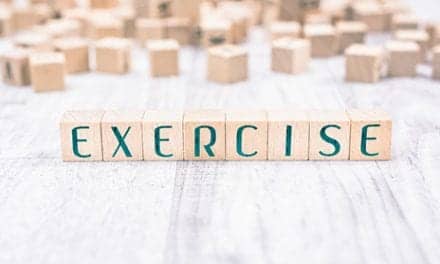 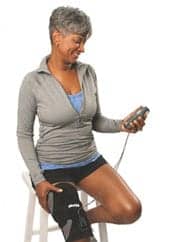