The American Physical Therapy Association (APTA) is urging parents and caregivers to ensure babies get enough tummy time throughout the day while they are awake and supervised, following a recent survey of therapists who say they have noticed an increase in motor delays in infants who spend too much time on their backs while awake.

PTs who saw an increase in motor delays said that the lack of tummy time—the amount of time infants spend lying on their stomachs while awake—is the number one contributor to the escalation in cases.

"We have seen firsthand what the lack of tummy time can mean for a baby: developmental-, cognitive-, and organizational-skills delays, eye-tracking problems, and behavioral issues, to name just some complications," said APTA spokeswoman Judy Towne Jennings, PT, MA, and researcher from Fairfield, Ohio. "New parents are told of the importance of babies sleeping on their backs to avoid SIDS, but they are not always informed about the importance of tummy time."

In the national survey of 400 pediatric PTs and OTs conducted on behalf of Pathways Awareness, a nonprofit group focusing on early detection of motor delays in children, two-thirds of those surveyed reported seeing an increase in early motor delays in infants in the past 6 years. The APTA’s section on pediatrics and the Neuro-Development Treatment Association assisted researchers.

Because new parents use car seats that double as infant carriers—many of which fasten directly into strollers and swings without having to remove the baby from the seat—this generation of babies spends prolonged periods of time in one position, Jennings says, adding that awake babies should be placed in a variety of positions, including on their tummies, as soon as they return home from the hospital.

"Ideally, babies should be placed on their tummies after every nap, diaper change, and feeding, starting with 1 to 2 minutes," she said. Jennings coauthored the research, Conveying the Message about Optimal Infant Positions, Physical and Occupational Therapy in Pediatrics, Volume 25, Number 3, 2005.

In 1992, the American Academy of Pediatrics launched its successful Back to Sleep campaign, which helped reduce the number of sudden infant death syndrome (SIDS) cases by educating parents on the importance of putting infants to sleep on their backs, rather than on their stomachs. While putting infants to sleep on their backs is still vitally important in reducing infant deaths, according to APTA, many physical therapists believe parents should receive more information about the importance of tummy time while babies are awake and supervised.

Flattening of the baby’s skull is another side effect of too much time spent on the back, said APTA spokeswoman Colleen Coulter-O’Berry, PT, MS, PCS, and a physical therapist at Children’s Healthcare of Atlanta.

"Since the early 1990s, we have seen a significant decrease in SIDS cases, while simultaneously witnessing an alarming increase in skull deformation," she said. Coulter-O’Berry cites a recent study published in Cleft Palate-Craniofacial Journal 45(2): 208-16, in which it was reported that several risk factors for misshapen heads were more common among babies born after the Back to Sleep initiative. The study, which took place at Children’s Hospital and Regional Medical Center in Seattle, found that prior to 1992, the prevalence of misshapen heads among infants was reportedly 5%. In recent years, craniofacial centers and primary care providers reported a dramatic increase of up to 600% in referrals for misshapen heads.

She says the combination of babies sleeping on their backs and spending an inordinate amount of time in infant carriers that double as car seats puts pressure on the head, which can create a flattening of the skull. In extreme cases, babies are fitted with a custom-molded band that gently guides the baby’s head into a more normal shape.

Parents can boost tummy time by incorporating exercises into routine activities, such as carrying, diapering, feeding, and playing with baby. Increasing tummy time helps promote muscle development in the neck and shoulders; helps prevent tight neck muscles and the development of flat areas on the back of the baby’s head; and helps build muscles babies needs to roll, sit, and crawl, she said. Coulter-O’Berry co-authored the Tummy Time Tools brochure.

Another way to engage in tummy time is spending time during each diaper change encouraging the infant to find, focus, and follow the caregiver’s face or a toy with their eyes looking up, down, left, and right, said Karen Karmel-Ross, PT, PCS, LMT, and pediatric clinical specialist at University Hospitals Case Medical Center, Rainbow Babies and Children’s Hospital in Cleveland and national lecturer on muscular torticollis (neck muscle imbalance). She urges caregivers to get infants out of devices that constrain mobility and onto their tummies so they can focus on neck muscle balance as they interact. 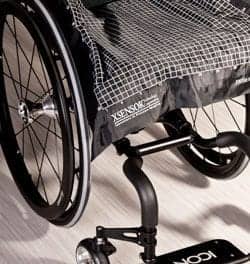