By manipulating the appearance of a chronically achy hand, researchers have found they could increase or decrease the pain and swelling in patients moving their symptomatic limbs.

The findings, which are reported in the November 25 issue of Current Biology, reveal a profound top-down effect of body image on body tissues, the researchers report.

"The brain is capable of many wonderful things based on its perception of how the body is doing and the risks to which the body seems to be exposed," says G. Lorimer Moseley, Prince of Wales Medical Research Institute, Australia. (The work was performed at the University of Oxford.)

While the patients’ pain was always worse after movement than it was before, the extent to which the pain worsened depended on what people saw. The pain increased more when participants viewed a magnified image of their arm during the movements, and the pain became less when their arm was seen through inverted binoculars that minimized its size.

The degree of swelling too was less when people watched a "minified" image of their arm during movements than when they watched a magnified or normal image, the researchers found.

They aren’t yet sure how this phenomenon works at the level of neurons. However, the researchers said, a possible philosophical explanation comes from the notion that protective responses—including the experience of pain—are activated according to the brain’s implicit perception of danger level. "If it looks bigger, it looks sorer and more swollen," Moseley says. "Therefore, the brain acts to protect it."

While he said the findings don’t mean that pain is any less real, they may lead to a new therapeutic approach for reducing pain. His team is  testing visual manipulations as an analgesic strategy for use in clinical settings. 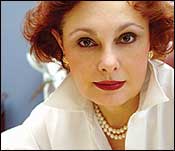 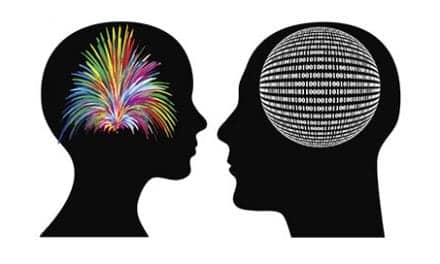