Quaid last month urged the U.S. Congress to preserve patients’ rights to sue drug and device makers in state courts, after his twin newborns nearly died after accidentally overdosing on a blood-thinning drug sold by Baxter International. He has sued the company.

But Democrats in Congress are considering legislation to protect a patient’s ability to sue drugmakers if the Supreme Court further restricts the lawsuits, backing so-called "pre-emption" of state laws by federal.

It is the industry’s greatest fear following the 2008 election with a new president and Congress, according to the head of the Advamed trade group, which represents most of the medical device industry.

"It’s our biggest concern in the near term," Michael Mussallem, chief executive of Edwards Lifesciences Corp and the new head of Advamed, said. "Our point is it wouldn’t be rational to go to a state-by-state basis."

The court in February ruled that patients cannot sue medical device makers in state court over harm from a device that was approved by federal regulators. That case involved a New York man who was injured when a doctor inflated a Medtronic Inc balloon catheter during an artery-clearing procedure.

A similar case involving drugmakerWyeth is expected to be heard by the high court in October.

The FDA, under the Republican George W. Bush administration, has advocated the pre-emption argument. At the hearing, a senior official said the position had been supported by previous administrations.

Also at the top of the industry’s worries is a federal push for so-called comparative effectiveness research.

"We’re nervous about that," Mussallem said. "Not because it’s not a good idea. But if it turns into a cost-reduction act, we’d be particularly concerned."

Legislation soon to be proposed by Democrats, with some Republican backing, would establish an institute to systematically compare the effectiveness of drugs and devices against comparators.

To get FDA approval, manufacturers often are required to compare products to a placebo product.

Quaid said his twins were 2 weeks old when they were twice given 1,000 times the recommended dose of Baxter’s heparin blood-thinner while being treated for an infection. Their blood "basically turned to the consistency of water" causing massive bleeding, he said.

About 40 hours later, clotting began returning to normal and they recovered, although long-term effects are unknown, Quaid said.

Baxter has said in a statement that the overdose resulted from human error at the hospital and was "unrelated to the safety and efficacy of Baxter’s product."

Quaid is known for roles in hit movies including "The Right Stuff" and "The Parent Trap". 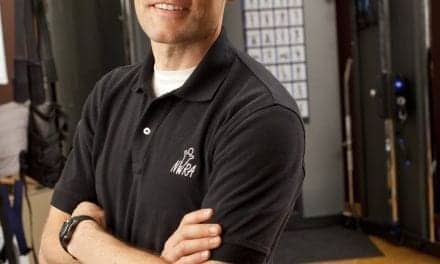