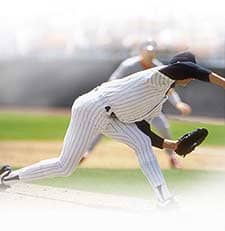 Shoulder surgery was once a very messy business, which arthroscopy transformed from an all-out cutting and stitching safari into an elegant 1-hour encounter, traceable only by dots of scar tissue that hint at work done below the dermis.

Many PTs agree that advances in the operating room are helping drive improvement along the chain of care for shoulder rehabilitation, putting rehab goals in closer reach as PTs step in post-surgically to reunite clients with derailed career and lifestyle activities.

“Surgical techniques have improved considerably in recent years,” says Renee Songer, MPT, DPT. “And as long as therapists keep pace with that progress, we will consistently create much better outcomes faster.”

Songer is a PT at Los Angeles’ Kerlan-Jobe Orthopaedic Clinic, where she coaxes function back into the injured shoulders of top-name professional athletes as well as older adults who suffer with shoulders distressed by injury and arthritis. The two distinctly different patient populations hold widely varied outcome expectations, and PTs must be prepared to work with the opportunities and limitations of each.

“With arthritis sufferers, you still have to look at all the scapular mechanics and the muscle firing patterns, but the speed and the loads they’re working with really aren’t the same as what’s going to be demanded by a pro athlete,” Songer says.

Arthritis sufferers turn to shoulder surgery primarily for pain relief. Total shoulder joint replacement—frequently used to treat severe arthritis—is unlikely to dramatically improve function but, Songer says, it is quite effective at relieving chronic pain. She adds that older adults who have suffered from arthritis are frequently satisfied with their rehab results.

Outcomes begin to skew sharp and steep, however, among athletes who find themselves in the throes of a rotator cuff repair—the bane of upper extremity sports injuries.

“These players want to get back to the same level of function they’re used to having,” says Songer’s colleague, Clive Brewster, a veteran PT at Kerlan-Jobe.

“And for a guy whose million-dollar season depends on how well he plays—whether he can throw a fastball or make a lay-up—that guy is looking for a very high level of function coming out of his rehab,” Brewster says.

The process can seem maddeningly slow, according to Brewster, who stresses that throughout a program a PT must work not only to restore motion and endurance to a shoulder, but to establish the cause of the injury, which he says is often the result of poor mechanics, a phenomenon he says permeates gender lines and progresses continually toward younger players.

“People live their lives through their kids these days, and they’re pushing them into sports at younger ages,” Brewster says. “They want them to be the next Roger Clemens, and as a result, I see young kids come in who have been trying to throw curve balls and pitches they are not ready to throw.

“You have dads and uncles trying to teach kids how to pitch, and their mechanics are so poor that they end up causing injuries,” Brewster says.

Songer points out that the heightened physical demands of professional athletes underscore how a well-developed core can help protect working shoulders from injury.

“When you’re looking at the transfer of power between the upper body and the lower body, consider a baseball player who’s going to throw a ball at 100 miles per hour. He’s got to use his whole body from his toes up to his fingers to generate that power. If he’s missing that midsection, he’s going to overuse his shoulder and arm in order to generate the kind of force he needs to deliver the ball at that speed.”

To the man on the street, the concept behind how a well-conditioned core functions to stabilize a shoulder may seem murky, according to Cynthia Bauer, PT, DPT, OCS, regional manager of outpatient services at Good Shepherd Rehabilitation Network, Allentown, Pa.

But when a PT spends a well-placed moment in the clinic to educate the client, the dots are quickly connected.

“You explain how their job requires them to pull boxes off the top shelf, and that if their abdominal and back muscles are weak, all that effort to control their trunk passes to their shoulder while they’re lifting the boxes,” Bauer says.

“Explain that as their core grows stronger, they won’t be putting so much strength requirements onto their shoulders” Bauer says. “They get that.”

Shoulder rehab patients at Good Shepherd span a population of “everyday injuries,” according to Bauer, who says she routinely sees conditions related to work activities, snow shoveling, tae kwon do, and pain felt by older adults weathering the grind of arthritis. Bauer says rehab for this population focuses on returning clients to the highest level of function that will get them back to their jobs and their preferred activities, and promote independent living.

Bauer also tries to stop history from repeating itself.

“It’s not just about reducing the pain, but also about preventing reoccurrence. It’s postural education, core strengthening; it’s looking at everything that could contribute to this problem in the shoulder and rehabbing the entire patient,” Bauer says.

Therapy bands provide an inexpensive method for strengthening shoulders and are popular for home programs, Bauer says. The bands’ varied resistances allow them to be used incrementally to build strength and protect joints.

“We’ll have patients who have nerve impingement and lift weights, who will know as soon as their shoulder pain returns that they’ve forgotten to strengthen their rotator cuff,” Bauer explains. “They can take their bands out at home and just go back to the exercise program, because the band is very effective in keeping a shoulder joint working.”

For arthritis sufferers recovering from shoulder surgery, Bauer says the 94-degree water of the clinic’s pool helps patients ease into relaxation and assists with improving circulation while soothing apprehensions. The buoyancy of the water assists with shoulder elevation and helps the patient move the arm easier than when sitting down. Therapists can use the water to administer gentle stretching exercises or transition a client into a strengthening program.

Bauer assigns individuals with less intense arthritis symptoms to gentle manual therapy that may include isometric exercises. Applying heat, gentle stretching, and low level resistive exercises in nonaggressive positions is also useful. Bauer emphasizes that to create long-term success, particularly with arthritis sufferers, PTs must educate their clients about the dynamics of pain.

“With severely arthritic shoulders, we’ll see this ratcheting kind of motion or feel this crepitus or grinding when we move the shoulder. This is going to give the person pain over time,” Bauer says. “As the therapist, you have to evaluate the outcome you hope to achieve by moving this person through painful motion, which is probably going to be improving their function without increasing their pain.”

While a client should not feel debilitating pain through the course of exercise, Bauer says, they should still be able to feel a stretch from the activity.

THE QUESTION OF MODALITIES

Using iontophoresis to apply anti-inflammatory medicine to a rehabbing shoulder remains an iffy sell to many insurance coverages, primarily due to conflicting research over the process’ efficacy, according to Brian Hagen, MS, OCS, DPT, program administrator, University of Pittsburgh Medical Center (UPMC) Center for Sports Medicine.

Hagen points to many clinical trials that have measured impairments such as pain, strength, and functional measures to support the use of iontophoresis, and despite a lack of overwhelming evidence of its success, “one could argue there are other treatments used generally in medicine that are covered that fall into this category,” Hagen says.

Kinesio Taping is also an option for treating an injured shoulder. Hagen explains that taping is rooted in earlier techniques that taped the patella to the correct malalignment or tracking issues in the patellofemoral joint. Taping can provide the same basic movement function in the shoulder to assist in correcting scapulohumeral rhythm during shoulder motion. For individuals who need this type of feedback or correction, Hagen says, taping is a useful tool.

Shoulder rehabilitation allows modalities to be introduced anytime during the program according to need, Bauer says. She points out cryotherapy is typically administered immediately following surgery, while electrical stimulation and TENS can be called upon anytime later in the course of therapy. For frozen shoulder, Bauer suggests ultrasound can be used to facilitate stretching, while heat, she says, can be used to prepare the shoulder joint for exercise.

Songer says the standard modalities still hold a place in shoulder rehab, each according to its forte. However, she cautions, serious problems can arise when modalities alone become the treatment for an injured shoulder.

“When you put a Band-Aid over something that’s actually broken, it doesn’t fix the problem,” Songer says. “Therapists have to address what underlies most conditions: strength issues, flexibility limitations, and mechanical problems.”

Increasingly, Songer says, trends in therapy are being shaped by what therapists can accomplish hands-on. A point with which Bauer agrees.

“It’s critical for therapists to feel the maximum output from a patient so they can use their hands to facilitate or encourage certain muscles to work at certain times in the motion and feel how the patient is responding,” Bauer says.

“Therapists know the value of their hands,” she adds. 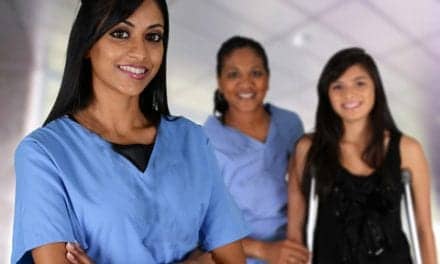 Healthcare Hiring: Minorities and Immigrants Have the Right Stuff for Spaulding Program 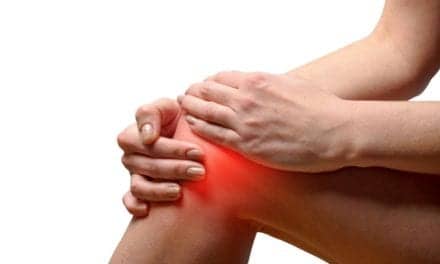