A mechanical engineer professor at the University of Alabama has been selected by the National Science Foundation (NSF) to receive a CAREER Award in recognition of his research into a biologically inspired, powered robotic prosthesis engineered to mimic natural joints that could help improve amputees’ walking.

A news release from the university states that Xiangrong Shen, PhD, assistant professor of mechanical engineering, UA College of Engineering, was awarded nearly $424,000 to fund his research. Shen’s strategy toward robotic prostheses hinges on the use of rocket fuel, the compound monopropellant, to power an artificial muscle. The pneumatic system is intended to replace the motor used in current powered-prosthetics.

While the relatively new system shows promise in its power, lightness, and compact design, Shen acknowledges, “There are some problems in putting the prosthesis into clinical use because the components of the prosthesis are still being developed. In our research, the long-term goal is to develop powered prostheses with comparable appearance and functionality as human limbs.”

According to the release, monopropellant releases energy through a chemical reaction known as decomposition, meaning the monopropellant decomposes and expands upon contact with a catalyst such as iridium and silver. In turn, the reaction produces oxygen and steam that drives a sleeve-muscle actuator, an artificial muscle that replaces a motor.

In order to allow the amputee to control the artificial muscles, the release states that Shen is working on an electrical system that uses existing muscles to move the prosthesis. The electromyography neural interface reads the muscle-activating neural signal by placing electrodes on the surfaces of remaining muscles. While the joints driven by these muscles in an amputee have been removed, the muscle signal remains, allowing for the facilitation of commands to drive the prosthesis.

Shen is also reportedly developing a fault-tolerant control structure for the electromyography controls. Shen has successfully demonstrated the basic concept of the actuator and how to use it to drive a robotic joint. However, the release emphasizes that additional research is required before testing can begin. 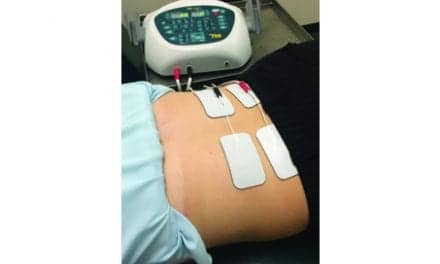 Manage the Pain, Reach the Goal