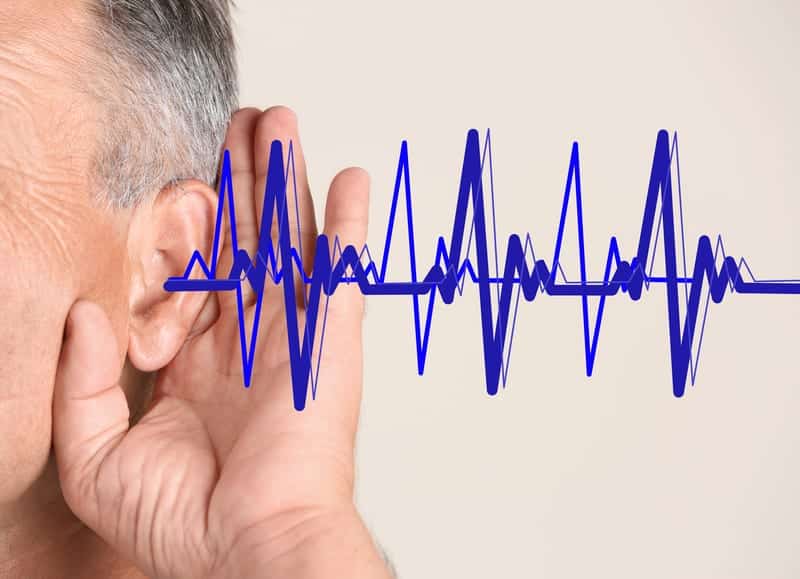 What people hear and do not hear can have a direct effect on their balance, according to a study from the New York Eye and Ear Infirmary of Mount Sinai (NYEE) published in JAMA Otolaryngology-Head & Neck Surgery.

The research aims to provide a better understanding of the relationship between hearing loss and why people fall, especially in the elderly population. The findings could lead doctors to screen for hearing loss in patients at high risk for falls, detect hearing loss in its early stages, and treat it quickly, a media release from the Mount Sinai Hospital/Mount Sinai School of Medicine notes.

“Prior studies have shown that hearing loss is an independent risk factor for falls, even for those who were not dizzy. However, the reason why has never been completely understood, although it is believed to be related to the inner ear. This study found that the sounds we hear affect our balance by giving us important information about the environment. We use sound information to keep ourselves balanced, especially in cases where other senses–such as vision or proprioception–are compromised,” said senior author Maura Cosetti, MD, Associate Professor of Otolaryngology at the Icahn School of Medicine at Mount Sinai, and Director of the Ear Institute at NYEE, in the release.

“Balance is complicated and involves the coordination of many different sensory inputs. When people fall, doctors typically focus on vision issues, check for neuropathy in their feet and bone issues, and fully ignore issues related to hearing. This review highlights the importance of hearing for our sense of balance. And because hearing loss is treatable, getting hearing checked is a crucial first step.”

In the study, a team of researchers from Mount Sinai and New York University’s Steinhardt School of Culture conducted a comprehensive analysis of all published research since inception (PubMed, Cochran Database of Scopus) that investigated the association between sound and standing balance. They looked at 28 medical articles involving more than 700 patients. Many of the studies focused on fields that clinicians who treat falls would not typically encounter, such as sound engineering, computer science, physics, and psychology. The authors combined all of the studies and looked for trends in the data.

The studies analyzed mostly healthy adults, but also looked at patients with congenital blindness, vestibular loss, and different levels of hearing loss. All research examined how sounds affected someone’s ability to keep their balance while standing still, often with their eyes closed and when standing on a pliable, squishy surface. They also looked at how wearing noise-canceling headphones (a complete lack of sound) affected balance. Some studies played white noise or static, while others used environmental sounds such as cocktail party chatter or running water. They found that people had more difficulty staying balanced or standing still on an uneven surface when it was quiet, but had better balance while listening to sounds.

The authors found that the type of sound was important when it comes to balance. More specifically, continuous background noise (usually static) was the most helpful for subjects to keep their center of gravity. Some types of sounds actually caused poor balance; for example, some people who listened to sound jumping back and forth through headphones (ie, beeping that went from left to right) had difficulty standing upright. The authors believe this may be because sound can act as an “auditory anchor.”

More specifically, people use sounds like white noise to help unconsciously create a mental image of the environment to keep ourselves grounded. The research analysis also showed that sound became more important for balance when the subjects were given difficult balancing tasks (eg, standing on a moving floor) or if the patients had pre-existing sensory issues. When people with vision loss, hearing loss, or balance problems heard stationary sounds, their posture dramatically improved. This suggests people rely more on hearing when other senses are impaired, the release explains.

“This research suggests that sounds can have a stabilizing effect on balance–maybe acting as an anchor that patients can lean on when other senses are less reliable–and shows that being unable to hear sounds resulted in poorer balance. Ultimately, an inability to hear puts patients at higher risk for instability and falls,” Cosetti adds.

“Elderly patients have a number of factors that put them at greater risk of falling, and hearing loss is a significant and under-recognized contributor. Age-related hearing loss is prevalent, affecting up to two-thirds of those over the age of 70, and should be considered and checked in those at high risk for falls. Future research will confirm whether treating that hearing loss (with hearing aids or other implants) will also serve as a type of ‘balance aid’ like a cane, giving access to important information that could be used to improve balance and decrease fall risk.”

The analysis highlighted large gaps in research on hearing loss and balance. Future studies are needed that look at different levels of hearing loss, and how hearing aids and cochlear implants affect balance. The researchers added that more studies using everyday sounds like traffic or shopping malls or airports are necessary to understand more about fall risks in people with hearing loss. Also, more studies focused on older adults need to be conducted, the researchers conclude, in the release. 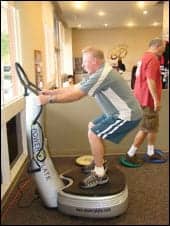 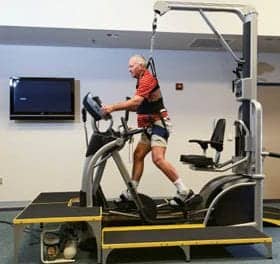