A news story published by MobiHealthNews reports on the recent launch of Orthocare Innovations spinoff company modus health, and its plans to create a wearable activity tracker for clinical use. The story notes that the technology is building on a research device known as the StepWatch, which Orthocare has already been using for some time.

Modus health’s StepWatch, a device that is worn around the ankle, was reportedly developed more than a decade ago for research purposes, to assist in the development of prostheses. During the past 15 years, the company states in the news story, the device has been the subject of 200 peer-reviewed studies. The device is designed to use a proprietary mechanical sensing system, rather than a tri-axis accelerometer.

According to the news story, commercial wearable activity trackers may be sufficiently accurate to give the average individual a good sense of their movement. However, individuals who require movement tracking in a clinical setting often move in ways that might “fool” a sensor. The StepWatch device is tested in individuals with prostheses or individuals with slow or irregular gait resulting from neurological conditions such as stroke, multiple sclerosis, and cerebral palsy. The story adds that the device has also been tested with COPD patients requiring physical rehabilitation as part of their treatment.

In the news story, Doug McCormack, president of modus, tells MobiHealthNews, that the technology is “a tremendous opportunity,” noting that from the company’s perspective, patients with neurological conditions, patients with disabilities, older adults, and individuals who are slow walkers comprise some fairly significant segments of the patient population. McCormack adds that the company feels the technology provides a “window into activity” in this segment, and he emphasizes the importance of this from both a clinical and payer standpoint.

The story reports that a key challenge StepWatch currently faces is that it does not have wireless connectivity. Users are required to use a special docking station or bring the device into a clinic. However, the story states that McCormack feels confident that a mobile piece can be added and the company is now working on modifying the device in order to allow it to upload data to a mobile device via Bluetooth. 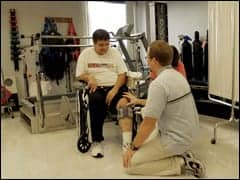 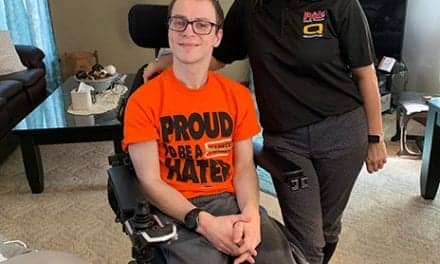 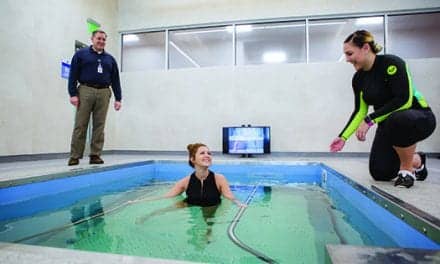