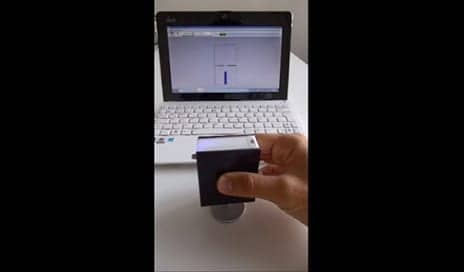 The Gripforce Box, shown here, is designed to examine the hand’s grip force in a patient, as a way to help determine the patient’s weaknesses following a stroke in order to provide more targeted therapy. (Photo courtesy of Technical University of Munich)

A team of researchers from Technical University of Munich (TUM) has devised a modified test method that they suggest could help provide a more precise diagnosis of post-stroke motor deficits and more targeted therapy.

The most common test used to determine patient’s ability to grasp, hold and use objects after experiencing a stroke is the Jebsen Taylor Hand Function Test, which requires the patient to write a sentence on a piece of paper.

“However, the Jebsen and other tests do not reveal which individual factors lead to stroke patients having difficulty in dealing with grasping and handling simple things, such as a leaf,” says Professor Joachim Hermsdoerfer from the Chair of Human Movement Science at the TUM Department of Sport and Health Sciences.

“This is why we developed tests ourselves in order to derive more targeted therapeutic approaches based on the influencing factors identified,” adds Hermsdoerfer, in a media release from TUM.

In their study, published recently in the journal Clinical Neurophysiology, Hermsdoerfer and lead author Kathrin Allgoewer tested the lifting of objects of different weight classes and different surfaces, anticipatory and responsive grip control, visual motor skills, and a number of other skills using custom-developed devices, such as the Gripforce Box, which is designed to examine the hand’s grip force.

These tests were performed on a group of 22 patients aged 32 to 78 with (mild to moderate) hemiparesis on one side of their body after a stroke, as well as an equally large control group of healthy volunteers, per the release.

The duo identified three factors that were decisive for classifying deficits in fine motor skills—control of the grip force, motor coordination, and the speed of movement—and, using statistical methods, showed that these three factors predict 69% of the everyday deficits of the Jebsen test.

“Thanks to our results, patients can now be treated more specifically after a stroke in the areas where their weaknesses are evident,” Hermsdoerfer states in the release.

The duo plans to develop the Gripforce Box more so it could be used for the purposes of diagnosing the status quo of individual deficits following a stroke.

“We are still working on this,” they add. “Along with two short classical tests, the future goal is to be able to make a precise diagnosis regarding the background of fine motor deficits in stroke patients in everyday life with the GF Box.” 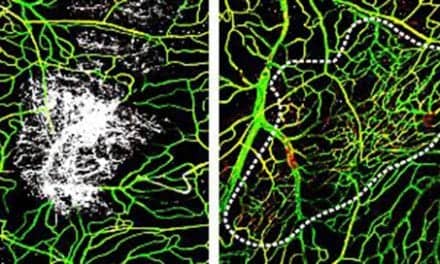