“Click-On” Prosthesis is Designed to Use Thought Control 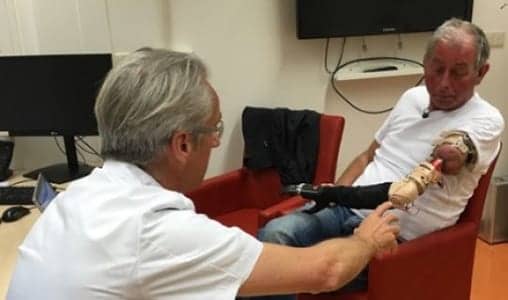 A patient in the Netherlands is one of only a handful of people in the world to receive a prosthetic arm that is designed to click directly onto the arm stump and can be controlled by the patient’s own thoughts.

In a media release, surgeons at Radboud University Nijmegen Medical Centre describe the prosthesis and the receipt of it by a patient named Johan Baggerman, who lost his arm in a serious truck accident that occurred in April 2010.

The so-called “click-on” prosthesis is connected directly to one’s arm stump through an opening in the skin, where it “clicks” onto a metal rod in the arm bone. Because the prosthesis connects directly to the skeleton, a prosthesis socket is no longer necessary. This ensures that it does not slip off, avoids skin problems, and makes it very easy to put on and take off.

Click-on prostheses have reportedly been used for some time for the legs. However, the main difference here with the arm prosthesis is that it is designed to communicate with the patient’s nerves, allowing it to be controlled via thoughts, per the release.

Three surgeries are necessary with the click-on prosthesis: the first, to insert a metal rod into the marrow cavity of the bone; the second, to place a small hole in the skin and screw a connecting rod to the rod placed in the earlier surgery; and third, called Targeted Muscle Reinnervation surgery and performed by a plastic surgeon, to attach the nerves that control the muscles in the hand and the underarm before the amputation to parts of the muscles in the upper arm stump.

In Baggerman’s case, surgeries one and two were performed by surgeon Jan Paul Frölke, and surgery three was performed by plastic surgeon Erik Walbeehm.

The surgeries are followed by a rehabilitation period, during which time the patient learns to control the prosthesis with one’s thoughts.

The muscle activity in the upper arm is measured by Myoband, which are electrodes surrounding the upper arm like a bracelet. Once the nerves have sufficiently grown into the muscle, the muscle signal is strong enough to be detected by the sensor in the Myoband and the computer in the robot arm can be controlled via Bluetooth. This is what makes movement possible, the release explains. 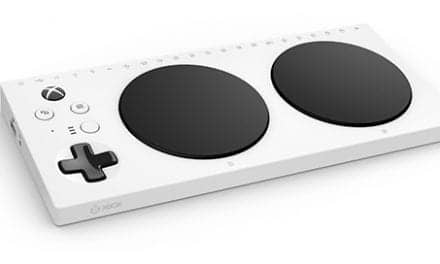 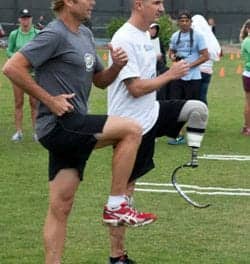