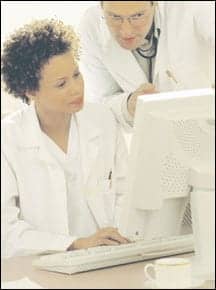 Treatment for aching bones, joints, and muscles is the sole specialty of the Orthopaedic Hospital, Glendale, Wis. The 16 clinicians at the state-of-the-art rehabilitation facility see a steady stream of patients who require physical and occupational therapy.

During a recent growth spurt, the clinic experienced problems with its manual processes for information management. Scheduling was the thorniest challenge, as patients were turning up for appointments not on the books. Front-desk staff and clinicians were at odds over who was at fault.

Todd Heikkinen, director of rehabilitation services, decided it was time to toss the clinic’s scheduling books in favor of a better system. As a result, the department has witnessed an 80% improvement in the timeliness and accuracy of therapist documentation, including vastly improved accuracy in therapist billing and coding. Heikkinen calls that factor huge and says it allows him to “rest easy about the prospect of a visit from the Joint Commission on Accreditation of Healthcare Organizations or Medicare.”

The Orthopaedic Hospital of Wisconsin is a relatively young facility. Because it began with a staff of just six clinicians, the hospital’s rehabilitation department chugged along with old-fashioned information management processes.

The paper-based system was not ideal, but it worked—for a time. With each new therapist hired, however, the office began to experience an exponential increase in scheduling errors. Just 8 months after opening its doors, the clinic reached a crisis point with its manual record-keeping methods. It needed an automated information management solution, and needed it fast.

“Front desk employees had to deal with patients who were coming in at incorrect times or whose appointments had been erased,” Heikkinen says. When the clinic’s staff reached critical mass at about 14 or 15 therapists, the system cracked.

“ACCURACY ABOVE ALL ELSE”

Heikkinen wanted a system that would improve the accuracy and dependability of the clinic’s scheduling system. He also wanted help monitoring the clinic’s workflow and performance. Finally, he wanted a system with reporting capabilities that would enable him to provide an accurate portrait of the practice—on demand—to Orthopaedic Hospital’s CEO and owners.

“My concern was for accuracy above all else,” Heikkinen says. “I wanted a fail-safe system for scheduling, clinical documentation, and administration.”

After examining several products, Heikkinen selected one that he felt would solve his clinic’s problems. Some products he looked at had great scheduling programs; others had great documentation modules. But he chose the one he considered superior in its coordination of all of the diverse administrative and clinical information.

The new system provides seamless integration. What the front desk enters into the system automatically appears in the clinicians’ systems and in the administrator’s system. There is no duplication of data entry or room for errors. It all happens behind the scenes electronically in one unified software suite.

Several key staff members attended a demonstration of the system and confirmed Heikkinen’s choice. As clinicians, they particularly liked the point-and-click menu system, which meant the time they spent typing would be reduced.

“They appreciated being able to click boxes instead of typing sentences,” Heikkinen says. “The system’s knowledge base is very thorough.”

Some of the systems Heikkinen rejected had clunky interfaces that required clinicians to use a lot of keyboard commands. “Those systems would never fly at my practice,” he says.

However, even after learning how to use the new intuitive point-and-click system, some staff at Orthopaedic Hospital began to panic as the go-live date neared.

“I underestimated the impact that computerization would have on some of my staff members,” Heikkinen says. So on the go-live date, two trainers quietly walked around the clinic, looking for people who were having trouble with the new system, helping them become comfortable with the new interface.

The most computer-savvy employees at the facility mastered the new system within 30 days. The less technically adroit were able to gain competency in 45 to 60 days.

Accuracy in scheduling and in other aspects of clinical information management has improved substantially, and, as a result, friction among staff members has eased considerably.

“Errors are obviously still going to occur,” Heikkinen says, “but with this system, we can find out where the process is breaking down and deal with it.”

Heikkinen has noticed improvements in clinic productivity, even though this was not an explicit goal of the implementation. Therapists who were quick on paper are “fast as lightning now,” he says. Those who always took a lot of time to complete their paperwork still take extra time on the electronic system, but the overall 80% improvement in the timeliness and accuracy of therapists’ documentation is nothing to scoff at. Moreover, the system makes it easy to monitor workflow.

“I can press a button and see who’s behind on their notes instantly,” says Heikkinen. “We can deal with the problem before [it is out of control].”

As director of the rehab department, Heikkinen may be asked at any time to give a snapshot of his service line’s business to the CEO or other top executives. Productivity figures, referral patterns, and reimbursement rates are just a few of the reports available at his fingertips.

Another benefit of the new system that surprised Heikkinen is its accuracy in therapist billing and coding. “All a therapist has to do is enter what they did with the patient. The system automatically converts that into the proper billing amount.” Heikkinen says.

After implementation, the clinic decided to eliminate even more manual processes, purchasing two interfaces to the main hospital system—one for medical records and one for billing.

“We were an island that was functioning well, but to get billing information from the new program to our hospital system was a manual process,” Heikkinen says. “We also had to scan hard copies of patient records into the hospital’s medical record storage system.”

These two manual processes were cumbersome. So the clinic asked the supplier to create electronic links to the hospital’s systems for medical records and for billing.

“It was a painless integration,” Heikkinen says. “They finished the project on time and on budget. The customer often ends up being the project coordinator in situations like this, but the supplier took the lead and ran with it.”

The first interface connected the new system to the hospital’s document management system. Record transfers that once required 100 hours of labor now took only 20 minutes with the new interface. The rehab clinic staff was so happy with the results that it requested a billing interface as well.

The rehab clinic at Orthopaedic Hospital of Wisconsin now had the accuracy and reliability it needed at a critical juncture in its growth, and it continues to realize the benefits.

Alan Ruskin is a staff writer for Rehab Management. For more information, contact .

For additional information on documentation solutions, go to: 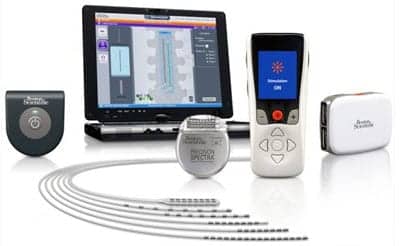 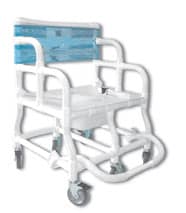