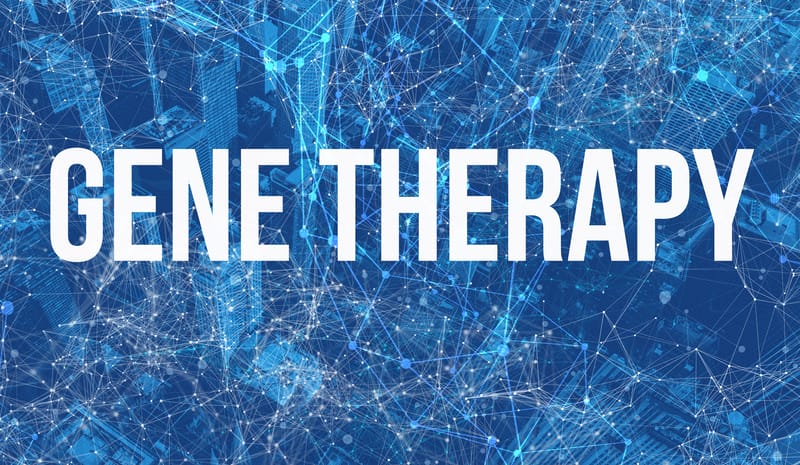 A gene therapy for chronic pain could offer a safer, non-addictive alternative to opioids, researchers from the University of California San Diego suggest.

The new therapy works by temporarily repressing a gene involved in sensing pain. It increased pain tolerance in mice, lowered their sensitivity to pain and provided months of pain relief without causing numbness, according to the researchers, who report their findings in a study published in Science Translational Medicine.

“What we have right now does not work. There’s a desperate need for a treatment that’s effective, long-lasting and non-addictive.”

The idea for such a treatment emerged when Moreno was a PhD student in UC San Diego bioengineering professor Prashant Mali’s lab. Mali had been investigating the possibility of applying CRISPR-based gene therapy approaches to rare as well as common human diseases. Moreno’s project focused on exploring potential therapeutic avenues.

One day, she came across a paper about a genetic mutation that causes humans to feel no pain. This mutation inactivates a protein in pain-transmitting neurons in the spinal cord, called NaV1.7. In individuals lacking functional NaV1.7, sensations like touching something hot or sharp do not register as pain. On the other hand, a gene mutation that leads to overexpression of NaV1.7 causes individuals to feel more pain, a media release from University of California – San Diego explains.

When Moreno read this, it clicked.

“By targeting this gene, we could alter the pain phenotype. What’s also cool is that this gene is only involved in pain. There aren’t any severe side effects observed with this mutation.”

Moreno had been working on gene repression using the CRISPR gene editing tool as part of her dissertation. Specifically, she was working with a version of CRISPR that uses what’s called “dead” Cas9, which lacks the ability to cut DNA. Instead, it sticks to a gene target and blocks its expression.

Moreno saw an opportunity to use this approach to repress the gene that codes for NaV1.7. She points out an appeal of this approach, in the release:

“It’s not cutting out any genes, so there are no permanent changes to the genome. You wouldn’t want to permanently lose the ability to feel pain. One of the biggest concerns with CRISPR gene editing is off-target effects. Once you cut DNA, that’s it. You can’t go back. With dead Cas9, we’re not doing something irreversible.”

Mali, who is a co-senior author of the study, says that this use of dead Cas9 opens the door to using gene therapy to target common diseases and chronic ailments.

“In some common diseases, the issue is that a gene is being misexpressed. You don’t want to completely shut it down. But if you could turn down the dose of that gene, you could bring it to a level where it is not pathogenic. That is what we are doing here. We don’t completely take away the pain phenotype, we dampen it.”

The researchers engineered a CRISPR/dead Cas9 system to target and repress the gene that codes for NaV1.7. They administered spinal injections of their system to mice with inflammatory and chemotherapy-induced pain. These mice displayed higher pain thresholds than mice that did not receive the gene therapy; they were slower to withdraw a paw from painful stimuli (heat, cold or pressure) and spent less time licking or shaking it after being hurt.

The treatment was tested at various time points. It was still effective after 44 weeks in the mice with inflammatory pain and 15 weeks in those with chemotherapy-induced pain. The length of duration is still being tested, researchers said, and is expected to be long-lasting. Moreover, the treated mice did not lose sensitivity or display any changes in normal motor function.

To validate their results, the researchers performed the same tests using another gene editing tool called zinc finger proteins. It’s an older technique than CRISPR, but it does the same job. Here, the researchers designed zinc fingers that similarly bind to the gene target and block expression of NaV1.7. Spinal injections of the zinc fingers in mice produced the same results as the CRISPR-dead Cas9 system, the release explains.

“We were excited that both approaches worked. The beauty about zinc finger proteins is that they are built on the scaffold of a human protein. The CRISPR system is a foreign protein that comes from bacteria, so it could cause an immune response. That’s why we explored zinc fingers as well, so we have an option that might be more translatable to the clinic.”

The researchers say this solution could work for a large number of chronic pain conditions arising from increased expression of NaV1.7, including diabetic polyneuropathy, erythromelalgia, sciatica and osteoarthritis. It could also provide relief for patients undergoing chemotherapy.

Researchers will next work on optimizing both approaches (CRISPR and zinc fingers) for targeting the human gene that codes for NaV1.7. Trials in non-human primates to test for efficacy and toxicity will follow. They expect to file for an IND and to commence human clinical trials in a couple years.

Related Content:
New Pain Triggers, Thanks to the Pandemic
What is Pain?
Using the Biopsychosocial Model of Pain