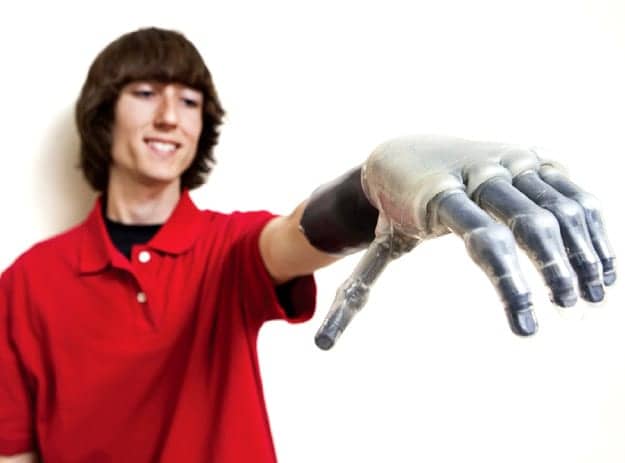 In the United States alone, more than 2 million people use some type of prosthetic limb due to the amputation of an arm or leg. When considering other types of prosthetics, including joints or teeth, the number skyrockets to more than 10 million people. Throughout the last 2 decades, prosthetic technology has advanced considerably to include lightweight running legs and more responsive legs and feet to allow for more effective navigation. Scientists are continuing to develop new and better limbs to ensure that those who lose a limb can have the most natural and functional prosthetic possible.

Over the last few years, technology such as motorized hand prosthetics controlled by sensors and 8-bit microprocessors has made it possible for those who have lost one or both hands to have a more functional prosthetic that very nearly imitates the abilities of a natural hand. That technology is now extending into other prosthetic limbs, including the arm, leg, and foot—and has nearly advanced to the point where it can be fully controlled by the patient’s thoughts and nerves, just like a natural hand.

In fact, within a few years, it’s very possible that some prosthetic limbs could be virtually indistinguishable from actual natural limbs.

What’s on the Horizon for Prosthetic Technology

There are three major trends that are currently dominating the prosthetic limb industry.

While 3D printing isn’t exactly on the cutting edge of natural-looking and feeling prosthetics, it does offer a major advantage for patients: reduced cost. For a typical cosmetic-only prosthetic arm prices can approach $5,000. For a functional arm, that cost jumps to around $10,000—and up to $100,000 for an advanced arm with a hand that can be controlled by muscle movements. Considering that most prosthetic limbs need to be replaced every few years, the costs can add up for patients.

3D printing, though, has the potential to make those costs significantly lower. In fact, a 3D-printed child’s prosthetic may cost as little as $50, making it an affordable option. These inexpensive limbs have limited functionality, but there are more functional designs in the works that will not cost that much more. One Japanese company has even developed a fully bionic arm using 3D printing that costs just under $5,000.

One thing that every amputee can attest to is the feeling of losing something. And while prosthetics can substitute the appearance and function of a missing limb, they are tools—not a part of the body. Without the sensitivity that an actual limb has, or the ability to be controlled by intention, patients can only tell what they are holding in their hand, stepping on, or touching by looking at it.

Scientists, however, have found a way to mimic the sensations of holding something in the hand. By wiring pressure sensors into the fingers of the artificial hand to the nerves in the upper arm, amputees are able to actually feel the shape and texture of objects. This both helps the patient feel less of a sense of loss and have more control over their motions.

Most amputees dream of being able to control their limbs the way that others do, without even really thinking about it. In light of recent work by scientists at the Prosthetics and Orthotics Laboratory at the Rehabilitation Institute of Chicago and research scientists at the Center for Bionic Medicine, that may be possible. Scientists at the Institute have captured information about how brain signals travel down nerves and control limb movement, and used those signals to optimize bionic prosthetic limbs. Known as myoelectric control systems, these prosthetics can move prosthetic arms and legs without conscious thought.

While these advances allow for better, more natural movement for patients requiring prosthetics and help them move and function more effectively and more safely, there are drawbacks. With the exception of basic 3D-printed models, the cost of these advanced limbs can be prohibitive to the average patient, even those with health insurance coverage. Many of these technologies are still in development, and given the complexity of correctly connecting sensors to nerves, it could be several years before the most advanced prosthetics reach the market.

Still, for those who have lost—or were born without—limbs, these advances represent hope that they will soon be able to function as close to normally as possible, even without actually thinking about it. RM

Cher Zevala is a content coordinator specializing in topics associated with the healthcare industry and innovations in the healthcare field. She is also a contributing writer to Rehab Management. For more information, contact [email protected].

Mining the Mind and Dealing with Phantom Limb Pain

“See yourself doing right, and you do right.” Fictional boxer, Rocky Balboa, hears those words spoken by his crusty old trainer, Mick, during a flashback scene in the film, Rocky V. As it turns out, the technique that requires a boxer to visualize good form—or “mentalize,” as Mick calls it—may not be altogether different from a technique that appears to help reduce the effects of phantom limb pain (PLP) sometimes experienced by individuals who have had a limb amputated. The technique, known as guided motor imagery (GMI), became the subject of a recent study last year by a research team based at the University of Cape Town, who set out to review the effects of GMI in relieving the severity of PLP symptoms.1

After having surgery to remove a limb, up to 80% of amputees are reported to have experienced PLP.2 Phantom limb pain is a curious phenomenon. An earlier study made associations between PLP and reductions in near-surface bloodflow3 and increased nociceptive input from a residual limb.4 However, more recent evidence suggests that cortical changes in the brain are behind sensory output, which the amputee ultimately experiences as PLP.5

In launching their current study, the University of Cape Town researchers acknowledge that the perception of PLP among amputees and maladaptive neuroplasticity share a positive correlation, positioning GMI somewhat as “a matter of the mind.” Relative to that correlation GMI uses a sequence of laterality recognition, explicit motor imagery, and mirror visual feedback as a treatment to lessen the effects of PLP.6 The researchers are working to determine how GMI may lessen amputees’ PTP symptoms.

Graded motor imagery is conducted as a three-step process.6 Step one focuses on the study subject learning to recognize the left or right image of the hands or feet. For amputees who are affected by PLP, the left/right judgment is inaccurate.7 In step one, the amputee is shown images that represent the amputated limb, and he or she must subsequently indicate to which side the depicted limb belongs. The accuracy and speed with which the study subject makes this selection are of particular interest.1

In step two, known as the explicit motor imagery phase, the study subject mentally moves the amputated limb to adopt the desired posture.7

The final step of this process employs mirror visual feedback. With the affected limb hidden behind a mirror, the study subject’s intact limb is positioned in front of the mirror. Thus, the ocular image of the intact limb is superimposed on the phantom limb. The researchers describe this part of the process as follows:

“The patient is shown a picture of the unaffected limb in an easy to attain position. The patient then simultaneously moves the intact limb and the phantom limb (through imagination) to the presented position while observing the reflection of the intact limb in the mirror. This phase can commence with gross movements, progress to fine motor tasks and ultimately functional tasks.”1

Graded motor imagery has been reported in the Journal of the American Physical Therapy Association8 and described as, “the mental representation of movement without any body movement.” It reportedly has been used to benefit motor performance among individuals affected by stroke and spinal cord injury as well as athletes. An article in the journal also notes, however, that GMI also has been used to help treat intractable pain and, specifically, complex regional pain syndrome of the hand.8 That article reports that GMI is based on the idea of “training the brain” to treat certain chronic pain syndromes.8

One of the significant values of physical therapy is that it provides treatment that is noninvasive and relatively affordable. Considering that the equipment costs of GMI are quite inexpensive, if shown efficacious over the long term GMI could prove an affordable countermeasure for individuals whose pain symptoms are complex to understand and problematic to treat. The study, which will be compared to conventional physical therapy and other interventions as well as the application of GMI with additional treatment, may unlock a new course of pain management that is cost-effective and has limited adverse effects and complications. 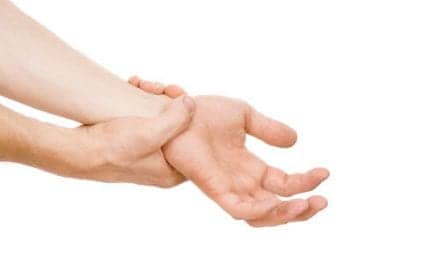 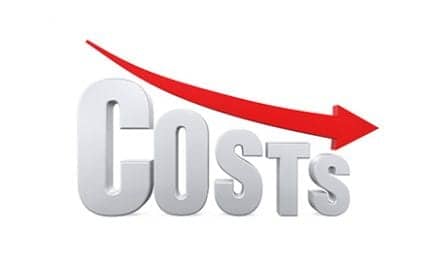