The Disability Rights Legal Center (DRLC), Los Angeles, which for 4 decades has advocated for the civil rights of people with disabilities, has recognized Reykjavik, Iceland-based Ossur with the Charles D. Siegal President’s Award.

Ossur, whose US offices are in Aliso Viejo, Calif, is a worldwide provider of noninvasive orthopaedic products and services,

The award "recognizes the extraordinary contributions that Ossur and its inventors have made to the world community," said Paula Pearlman, Esq, and the DRLC’s executive director. "Ossur’s manufacture of prosthetics and bionics—that have effectively revolutionized the way people with mobility disabilities experience the world—reinforces our organization’s values of inclusion and equality."

Tim McCarthy, VP of prosthetics for Ossur Americas, and his team have helped lead the industry into the bionic age of prosthetics with products such as the company’s RHEO KNEE, POWER KNEE and PROPRIO FOOT.

April Holmes, the fastest female amputee in the world, presented the award. She holds the world records (women’s T44 classification) in the 100m, 200m, and 400m dashes, and came home from the 2008 Beijing Paralympic Games with the Gold medal in the 100m race. She is also a member of Team Ossur, a group of elite amputee athletes sponsored by the company.

DRLC is a nonprofit organization formed in 1975 to advocate for the legal rights of people with disabilities. 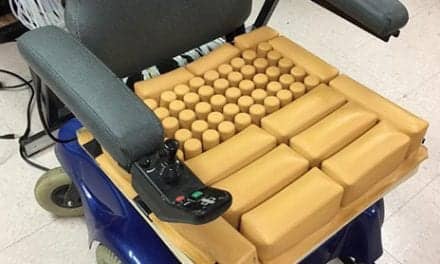 Medtronic to cut jobs amid slowdown in key market