The U.S. Food and Drug Administration (FDA) asked Johnson & Johnson, among other producers of artificial hips, to undertake studies of their implants.  J&J, which is already facing more than 1,000 lawsuits over hip replacements, was told to evaluate whether its implants raise the level of metal in patients’ blood to dangerous levels.

On May 6 the FDA sent a request to the company and 20 other device makers, including Biomet Inc., Stryker Corp. and Zimmer Holdings Inc., asking them to study the levels of cobalt and chromium in patients for at least eight years after implantation. The request focuses on all-metal devices whose failure rates have prompted recalls and increased scrutiny from regulators.

Under the order, producers of “metal-on-metal” hips will have to conduct studies of patients who received the device to determine, among other things, whether the implants are shedding high levels of metallic debris. According to reports by the FDA, some patients have encountered that problem, including soft tissue damage that has disabled them.

The FDA launched a website in February devoted to concerns about all-metal hips. It cites reports in medical literature of “a small number of patients in which high levels of metal ions in the bloodstream may have caused other types of symptoms or illnesses elsewhere in the body, including effects on the heart, nervous system, and thyroid gland.”

An interview with Carolina Facciani from Astra Tech 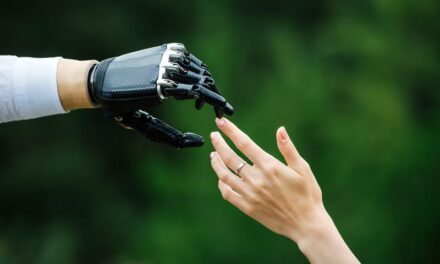 The Sixth Finger: How Our Brain Takes to Additional Independent Body Parts