To paraphrase the title of the Clint Eastwood western movie seems quite appropriate to describe 2009 in the wheelchair industry. Between the changes in reimbursement, the poor economy, and competitive bidding being reintroduced, we still seem to be moving in the wrong direction. However, there have been some positive changes that may be able to improve the lives of the patients we serve.

Prior to the cut, there were predictions that suppliers were going to go out of business and there would be major cuts in services available to consumers. The actual results were varied.

First, it does not appear that any suppliers are currently going out of business. Many suppliers made adjustments, renegotiated contracts, and did not change their practice patterns. They continued to provide the same products and the same services as always. So, in those areas, consumers have not experienced any significant changes.

Some suppliers have cut services. They have instituted “pick lists” of certain products and certain manufacturers’ equipment. Other companies now do more unassigned claims and will only do very limited “custom” product/modifications. Consumers in these areas are faced with less choice of equipment and fewer options on that equipment.

Many suppliers have stopped in-home repairs and will no longer service equipment that was not sold through their company. Consumers in those areas have been faced with poorer service and longer wait times to receive it.

For the consumer and the therapist, these differences have been confusing. If reimbursement is so poor that some companies stop providing certain equipment, why is it enough reimbursement for others to provide it?

Are some suppliers smartly protecting their business? Are other suppliers being too nice and not fully understanding the effect of continuing to do business in the same way? If so, will these companies be going out of business in the near future? No one seems to have a good answer for this. Likely the answer is somewhere in the middle. So, be on the lookout for possible closures and changes in services in the future.

Fortunately for this industry (unfortunately for our patients), the services that we provide will continue to be necessary despite any changes in the economic climate. Certainly, with many people throughout the country losing their jobs, private insurance payments for equipment has decreased for many.

Whether caused by or in concert with the poor economy, many state Medicaid programs appear to be making changes and cuts. Some states are trying to eliminate miscellaneous codes from wheelchair billing, while others are making their rules intentionally vague to prevent suppliers and therapists from understanding what equipment is covered under their programs. As each state program is different, the list of changes and cuts is too great for an article of this length.

Our Medicaid populations are an easy area for legislators to cut because they are usually not good at advocating for themselves. The National Registry of Rehabilitation Technology Suppliers (NRRTS) has formed a committee to address the many changes being made to the Medicaid programs. They are recruiting people to assist with this issue and have an e-mail address to contact them to help with the fight: [email protected].

One thing is certain with regard to Medicaid: if left unchecked, access to equipment for our patients will only continue to worsen.

Competitive bidding is set to restart when a new round of bidding begins this fall with planned implementation in 2011. The bidding will include everything from Round 1 with the exception of complex power wheelchairs defined as Group 3 wheelchairs or higher.

The requirements for accreditation and bonding will remain in place as well. We can hope that this time people who are operating out of their home or who have no operation in the bidding area, or companies that have never provided one of the bidding products, will not fare as well.

A recently released study by Brian O’Roark, PhD, of Robert Morris University discussed many of the pitfalls seen in the original round of bidding.1 He found that many long-standing companies did not receive bids and that a high number of companies with offices outside of the Metropolitan Statistical Areas were awarded the bids. Of these firms, many turned down referrals since they were unable to provide service in the areas because they did not have the necessary state licenses or they did not have the infrastructure to provide the products yet.

In the nine competitive bidding areas, more than 90% of providers who were currently providing services in the area were not awarded bids. And, contrary to Medicare’s assurances, far more small companies were awarded bids than large companies. As with the companies from out of state, these smaller companies had not provided some of the equipment prior to the bidding process and were unable to do so as the program was implemented.

At this time, without some type of further delay, it appears that the process is moving forward and we’ll have to just wait to see the effects.

In 2010, durable medical equipment (DME) providers will begin receiving audits that will be performed by companies that get paid only if they recover money. Consequently, the RACs have extra motivation to find faults in documentation and other procedures. With this incentive-based system, it is possible that the RACs will be hypercritical. If that occurs, providers who are trying to properly comply with all regulations but may have made some small errors would be negatively affected. How this will affect the industry remains to be seen.

THE GOOD:
IN THE HOME RESTRICTION

Currently, when deciding on appropriate mobility devices for patients with Medicare and some other payor sources, therapists and suppliers have to focus only on what patients need to move around within their homes. Considering that most patients need to leave their homes to go shopping, attend doctor’s appointments, or just relax and enjoy life, this current rule is restrictive and frequently prevents patients from getting the most appropriate equipment.

On July 13, HR 3184 Medicare Independent Living Act of 2009 was introduced by Rep James Langevin (D-RI) and 12 House members and was referred to the House Energy and Commerce and Ways and Means Committees. If passed into law, the bill would eliminate the “in the home” requirement for Medicare DME, including power mobility devices. This bill would finally allow therapists and suppliers to consider the patient’s whole life and environment when choosing mobility devices. Power wheelchairs would be covered by Medicare if they are used as part of normal domestic, vocational, and community activities, even if the item will not be primarily used “in the home.”

Currently, only a few Representatives have signed on to support the bill and there is no companion bill in the Senate. So, this is definitely a time for action from everyone in our industry to get the needed support to get this bill passed and to get one introduced in the Senate.

Understanding that end users can and need to advocate for themselves, the Users First Alliance (UFA), a nonprofit organization, was launched by three wheelchair manufacturers in 2007. The mission of the organization is to “ensure appropriate access to seating and mobility equipment by empowering wheelchair users, clinicians, and providers with education and information resources that inspire action and motivate change.”

The best way to push for positive changes to the wheelchair industry is through the wheelchair users themselves. These users need to learn to stand up for themselves and demand what they need. As these users come from varied backgrounds and different regions of the country, and have many diagnoses, bringing them together to encourage empowerment is somewhat difficult. In mid 2009, UFA began to use social networking to better serve its members and to allow wheelchair users to more easily participate. Web sites like Facebook and Twitter are being used by UFA to provide a forum for people to discuss issues with access to and difficulty in obtaining wheelchairs. Such platforms allow people to share both obstacles and success stories.

This organization is still quite young, but it has the potential to be an agent for positive change and should only continue to grow. UFA can be accessed at ttcevent.com/client_files/NCAMES/NCB_Economic_Study022508.pdf.

There are some initiatives being investigated to improve our industry. One is the creation of a Complex Rehab Benefit Category that will separate complex equipment from standard DME products and allow for the development of more appropriate rules and guidelines for the provision of this type of equipment. Another group is looking into proposing a bill that would restore the 9.5% that was previously cut.

With the possibility of some significant changes coming to health care in general, the future of the DME industry is truly unknown. Most of the plans being discussed have not specifically indicated how our industry would be affected. The inclusion of the first month purchase option for power wheelchairs has been discussed, but at this time there is no consensus about whether it will be included in the final bill. The only thing we do know is that things will likely continue to change as they have been doing over the past few years.

Knowing that change is coming, this is the best time to get involved and be proactive. Join the Users First Alliance and encourage all of your patients to do so as well! Get to know your Congressmen and to encourage your patients to do the same. The best way for change to occur in ways favorable to our industry is to be sure that your representatives understand the industry and the needs of our patients.

Good things can come in the future, but only if we commit ourselves to being agents for change. Despite the setbacks and the negative changes in this industry, all hope is not lost as long as therapists, suppliers, and patients advocate for themselves.

Lauren Rosen, PT, MPT, ATP, is the program coordinator for the Motion Analysis Center at St Joseph’s Children’s Hospital in Tampa, Fla. She runs a three-dimensional motion analysis lab and a pediatric/adult wheelchair clinic. She is the chair of the Wheeled Mobility and Seating Special Interest Group of RESNA. For more information, contact Rosen at . 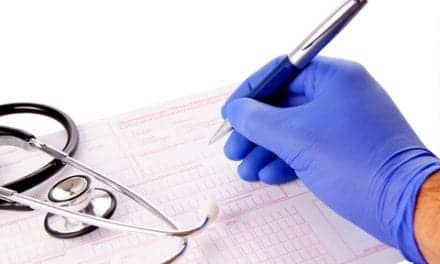 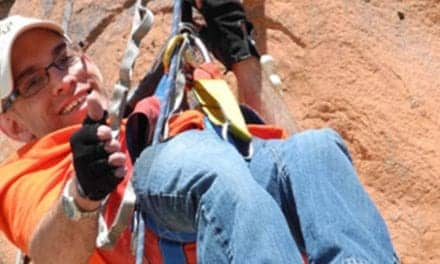