The Pilates Story Within a Story

PMI Publishing, New York, NY, has released “The Body Biz: The Pilates Story” by Joan Breibart, a novel based on her 40 years of experience and expertise practicing, working, and living the Pilates Method.

On the surface, “The Body Biz” offers a witty chick-lit approach to storytellingcomplete with celebrity endorsements, designer wardrobes, vacations in the South of France, intriguing men, female bonding, as well as treachery and scheming: apparently based on episodes reminiscent of Breibarts own life. The Body Biz also offers an insightful history of the Pilates movement, dating back to its namesake founder, German immigrant Joseph Pilates, and the legal turmoil that ensued after he died and left the question of who owns Pilates unanswered for decades.

While this is a novel that tells the Pilates story within the context of the past 35 years of the diet and fitness revolution, its themes are more universal. The heroines battles on two frontspromoting Pilates while at the same time securing her role as its leader and innovatorimparts insights into the machinations of the fitness industry, the quagmire of trademarks, the legal issues of intellectual property, and the deviousness of New Age partners. It is a cautionary tale for those considering entrepreneurship in an uncharted field without deep pockets and an established business model.

Johanna Breyers, the novels heroine, is an opinionated and caffeinated New York urbanite, whose energy and vision constantly draw her into new ventures, despite her disdain for body fads and her impatience with business pretensions. In 1988, her husbands declining health forces her family to leave their sprawling apartment with views of the Hudson, their barn in the Berkshires, and the friends who understood her, for New Age Santa Fe.

An avowed opponent of fat burning exercisewhich she believes destroys your joints while fueling your appetiteJohanna is thrilled when she finds a Pilates studio in Santa Fe, one of only a handful in the nation in 1991. Having recently read an article that the aerobics trend was losing momentum, she predicts that Pilates will be the next big thing in fitness. Within weeks she forms a partnership with the two former dancers who run the studio and opens the Pilates Institute, the practices first professional membership and certification organization. What follows is a sexy, humorous tale that takes Johanna from the promising early days of the Institute through 15 years of trademark wars, dashed and resurrected hopes, drained bank accounts, invention, romance, and misplaced trust to todays Pilates dominance. No doubts will be left about Johannas views on food, fat and fitness.

For more information on “The Body Biz: The Pilates Story,” or to order online, go to www.themethodpilates.com. 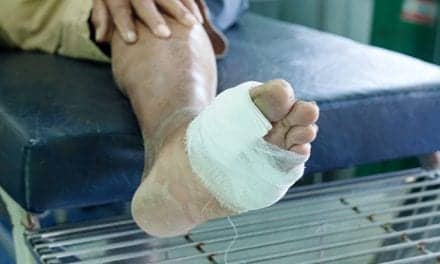