The Centers for Medicare & Medicaid Services (CMS) have released a report that estimates that growth in national health expenditures will significantly outpace economic growth in 2008 and 2009 due to the recession.

For 2009, health spending is projected to increase 5.5%, while gross domestic product (GDP) is expected to decrease 0.2%. By 2018, national health spending is anticipated to reach $4.4 trillion, comprising one-fifth (20.3%) of the GDP. These projections reflect increasing numbers of uninsured people and increased spending by states and federal government on health care.

"With these mounting pressures and increasing calls for reform, policy makers and their constituents will face tough decisions regarding the future of our health care system," say the authors of the report, which is published in the current issue of Health Affairs. 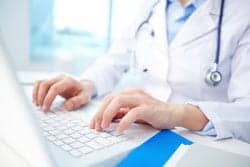