The American Physical Therapy Association (APTA) has urged the Centers for Medicare & Medicaid Services (CMS) to delay implementation of the tenth revision of the International Statistical Classification of Diseases and Related Health Problems (ICD-10) until at least 2013—2 years later than the agency proposed in August.

In comments to the agency that reiterate concerns raised in a recent study, the APTA says that significantly more time is needed for PTs and other providers to adopt the new standards, which include a much larger and more detailed set of codes that the ICD-9 code set that is in use.

The APTA joined a coalition of health care-provider organizations in a statement urging the agency to provide more time for practices to adopt the new codes.

CMS has released a fact sheet on the expanded code set. 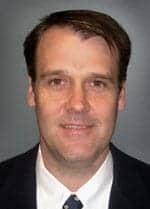