A year ago, [removed]Michael Bemben, PhD[/removed], professor of health and exercise science in the University of Oklahoma College of Arts and Sciences, Norman, Okla, formally announced the partnership between the American College of Sports Medicine and Sato Sports Plaza of Japan. The partnership is an effort to facilitate independent research projects around the country to examine the efficacy of a new type of training technique.

Bemben’s lab at the university says it is one of only four labs outside of Japan that has been working with the KAATSU-Master training system, testing the effectiveness of reducing blood flow to exercising muscle. This technique allows for a reduction of the external loads that need to be lifted from a traditional high load of 80% of a person’s strength down to 20% while maintaining all the benefits of the high-intensity programs. KAATSU-Master has been in development for more than 40 years in Japan and now is working on building research abroad regarding the many benefits and uses for the equipment.

KAATSU-Master may be used by both professional athletes and older adults in need of activities that limit physical stress to the body, giving them both similar benefits of weight training without having to lift heavy loads and deal with high joint stress. Other advantages may include faster rehabilitation or physical therapy for orthopedic problems, reduced hospital stays, and reduced muscle and bone loss during space flight, says the university. NASA and the Japanese space agency JAXA are working with KAATSU-Master for use in space exploration.

OU’s lab has completed several different studies on men and women of various ages, including 18- to 25-year-olds and 50- to 64-year-olds, using KAATSU-Master to compare the acute and chronic responses of muscle and bone to traditional high-intensity weight training and muscle endurance weight-training interventions.

In general, they have found an increase in markers for bone formation; a decrease in markers of bone resorption; increases in hormones responsible for muscle growth; increases in muscle strength and size; no changes in inflammatory markers; and increased muscle activation that are similar to or enhanced when compared to traditional high-intensity resistance training programs.

If this training technique is confirmed to be safe and effective by this new research initiative by the American College of Sports Medicine, then it is hoped that a program ultimately could be established that would certify trainers worldwide to use this equipment in a variety of settings with many different populations.

The Department of Health and Exercise Science is the third-largest department in the OU College of Arts and Sciences. Faculty, graduate students and undergraduate students have multiple ongoing research projects that involve different aspects of exercise physiology and health promotion. 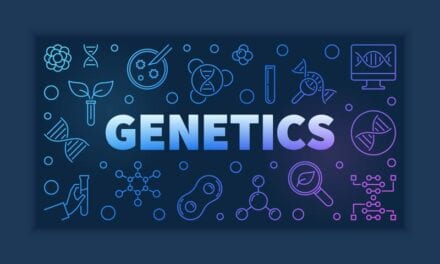