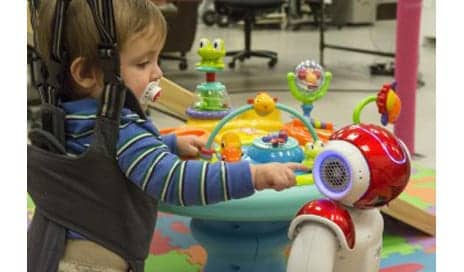 A team of researchers recently received a grant from the National Institutes of Health (NIH) to explore the use of the NAO, a 22-inch robot, in pediatric rehabilitation.

NAO is described as a humanoid robot that “can read your moods, recognize your family members, and learn your preferences in music, movies, and food.”

Known as GEAR (Grounded Early Adaptive Rehabilitation), the project is a new approach to pediatric rehabilitation based on social interaction between robots and humans, explains a media release from the University of Delaware.

“Our hope is that the robot will act as a magnet for very young children with disabilities, along with their typically developing peers, engaging them in dynamic group activities — controlled chaos full of fun, friends and fitness,” Galloway says in the release.

“Pediatric rehabilitation equipment and training currently do not meet the needs of kids with motor disabilities,” he adds. “Young children’s overall knowledge depends on their ability to be mobile with peers — once they start moving, they begin to learn about the world in fundamentally different ways.”

“NAO will interact socially with children and engage with them,” Tanner explains in the release. “But, even more importantly, the robot will be programmed to react to the behaviors of individual children and deliver personalized interventions.”

NAO will be used in conjunction with a portable harness system that partially supports the weight of special-needs kids and allows them to move freely in an 80-square-foot space, as well as with a network of cameras, sensors, and accelerometers that record the subjects’ motion and type of activity, the release explains.

The Johns Hopkins team will develop activity recognition algorithms so that NAO can discern fine distinctions in the types of movements the children make.

The data collected will enable the researchers to evaluate the robot’s effectiveness. Once clinical testing of the robot in the Pediatric Mobility Lab and Design Studio at UD’s Science, Technology and Advanced Research (STAR) Campus is complete, the door will be open to develop versions of the setup for use in community homes as well as area schools, such as the classrooms and gym at UD’s Early Learning Center, the release continues. 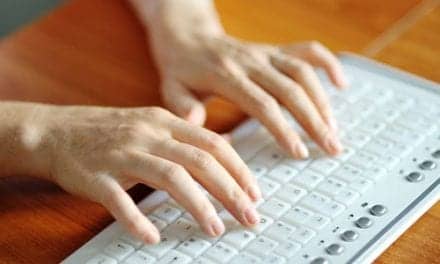