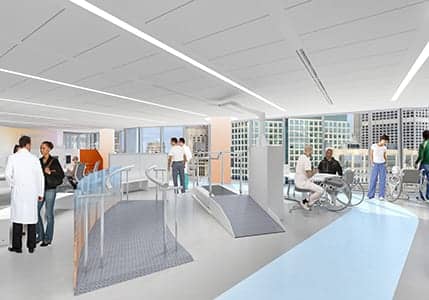 The facility, located at 355 E Erie Street in Chicago, was built to enable clinicians, scientists, innovators, and technologists to work together in the same space, 24/7, surrounding patients, discovering new approaches, and applying (or “translating”) research in real time.

“Science is now at a boiling point, with the convergence of disciplines and discovery — in computer capability, sensor technology, microbiology, pharmacology, material science, brain imaging and tissue engineering,” says Joanne C. Smith, MD, president and CEO of the Shirley Ryan AbilityLab, in a media release.

“With the design of our new hospital, we’re literally taking down walls to harness this moment and facilitate guided ‘collisions.’ With direct, ongoing exposure to a clinical environment, scientists will conduct research with greater intention, based on the needs of patients that they themselves observe. This model of translational research will change the way people work and the way patients get better, increasing the likelihood that promising research ideas will be converted into viable medical treatments.”

“The Shirley Ryan AbilityLab is the only hospital in the world where doctors focused on solving patient challenges now work side-by-side with scientists focused on finding cures,” states Jude Reyes, chairman of the Board of Directors for the Shirley Ryan AbilityLab. “The result is focused discovery and innovation on behalf of patients, who will be poised to achieve their best possible recoveries here.”

In addition, the facility features several working labs, each with a unique configuration based on its function and the type of experimentation taking place therein.

The Think + Speak Lab is configured for treatment for fundamental brain functions — arousal, lucidity, awareness, thinking, communication, perception, memory and learning; and the Legs + Walking Lab is configured for improvement of locomotion, gait and walking via trunk and pelvis stability; positioning and control of the hips, knees and ankles; as well as stepping and propulsion.

Also, the Pediatric Lab focuses on treatment for all of the above, with a customized approach for the developing brains, bodies, and conditions unique to children (infants to teens).

In addition, EGG office designed the graphics that adorn the hospital’s entrance, Sky Lobby, ability labs, ambulance bay and café. It also designed all signage inside and outside of the facility, including donor and room signage; Arcadis served as the owner’s representative in overseeing the project; Art Agency, Partners, led by Allan Schwartzman, helped to identify artists and select or procure commissioned art for public spaces and patient areas within the hospital.

Effective immediately, Rehabilitation Institute of Chicago will be branded the Shirley Ryan AbilityLab, the release continues.

“Our new brand reflects our vision and strategy, is differentiating and memorable, and underscores the important relationship between humanity and science,” explains Betsy Owens, chief marketing and innovation officer for the Shirley Ryan AbilityLab. “Most importantly, it shifts the focus from disability to ability, and from the process of rehabilitation to the outcome.”

This new branding will be reflected at the Erie Street flagship hospital immediately and, shortly thereafter, at the Shirley Ryan AbilityLab’s 40+ sites of care across Illinois and Indiana.

The AbilityLab capital campaign, launched in 2013, had an initial fundraising goal of $300 million. Following the gift by Shirley W. and Patrick G. Ryan, the largest charitable investment in the organization’s 64-year history, RIC increased its campaign goal from $300 million to $350 million. With this monumental gift, Pathways, the entrepreneurial organization founded by the Ryans more than 30 years ago, has joined the Shirley Ryan AbilityLab. Pathways, with its clinic and web organization, is a resource in early detection and intervention tools that maximize children’s motor, sensory and communication development, per the release.

“My husband and I have been completely captivated by the AbilityLab vision since we learned about the new hospital project in 2010,” says Shirley Ryan, in the release. “The innovative concept focuses not on rehabilitating patients, but on fostering their ability and potential. We’re honored to be part of the institution’s transformation and incredibly bright future, and thrilled that Pathways will continue to grow with the AbilityLab.”

In addition to the naming gift from the Ryans, many others made eight-figure gifts — among them, Mike and Lindy Keiser, the Harris Family Foundation, the Regenstein Foundation, Nancy Knowles, Timothy and Sharon Ubben, and multiple anonymous donors. With the campaign expected to close in December 2017, the Shirley Ryan AbilityLab is poised to meet, if not exceed, its $350 million goal.

The remaining costs of the new hospital have been financed through the combination of cash flow, existing funds, new debt and the sale of the Rehabilitation Institute of Chicago flagship hospital at 345 E. Superior Street in Chicago. 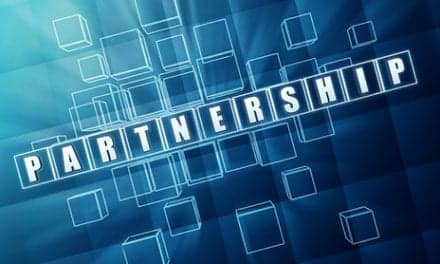 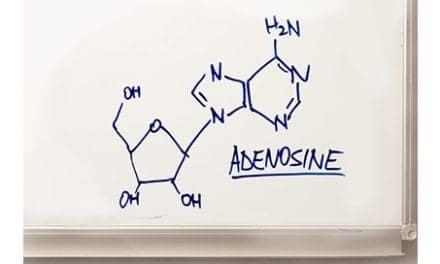