Researchers at the Hospital for Special Surgery (HSS) in New York City, per a news release from HSS, recently received a $20,000 grant from the American Orthopedic Foot and Ankle Society to compare total ankle replacement (ankle arthroplasty) and ankle fusion (ankle arthrodesis) surgeries as treatments for ankle arthritis, which occurs in roughly 1% of the population and is caused by trauma, such as an ankle fracture or dislocation. Roughly 18% of the elderly population has degenerative changes in their ankle.

In recent years, the release explains, ankle replacement surgery has grown in popularity as ankle-replacement designs have become more available. Early studies suggest that patients with ankle arthritis who are treated with ankle arthroplasty may have better function than patients who receive an ankle arthrodesis, but hard data is lacking.

Clinical studies have demonstrated that patients who undergo either an ankle replacement or fusion experience equivalent pain relief and function, the release continues. However, per the release, analyses of gait mechanics have suggested that patients who undergo an ankle replacement have a slightly better walking speed, stride length, and walking cadence than those who undergo an ankle fusion, but whether these slight benefits translate into objectively better function is unclear.

In light of these findings, HSS researchers are launching the new study, according to Constantine Demetracopoulos, MD, attending orthopedic surgeon at HSS and the study’s principal investigator, “to determine the biomechanical differences in function between individuals who receive a total ankle replacement compared to an ankle fusion,” he said in the release.

Researchers also hope that this study will give them gain a better understanding of how ankle replacement and ankle fusion patients function in the gait lab, which will enable them to better design biomechanical cadaveric studies and to improve and fine-tune the cadaveric gait simulator that is used to study ankle arthritis, the release continues.

“The new data will be foundational to future studies for driving a high-fidelity cadaveric simulator to examine treatment mechanisms within the foot and ankle, for example treating stress in adjacent joints,” Demetracopoulos explains in the release. “Understanding the gait mechanics during a task such as navigating stairs is important towards understanding how a total ankle prosthesis functions in patients.”

Demetracopoulos and his team plan to recruit 20 patients—10 who have undergone an ankle replacement, and 10 who have undergone an ankle fusion—who have been at least 1 year removed from surgery; and they will match the participants for age, sex, body mass index, preoperative diagnosis, and time from surgery, the release explains. They will then use a series of measurements and tests, including electromyography, to determine arch height flexibility, foot motion, joint movements, and plantar pressures.

To be eligible for the study, the release explains, patients should be between the ages of 40 to 75 years of age and at least 1 year removed from surgery. Individuals should also be able to walk unassisted and have unilateral disease. Exclusion criteria include: advanced degenerative changes in adjacent joints of the hindfoot, or the presence of arthrodeses in any of the other joints within the hindfoot, midfoot, or forefoot; pain greater than 20 mm on the visual analog scale during weight-bearing activities; advanced contralateral hindfoot, midfoot, or forefoot arthritis; and other neuromusculoskeletal diseases that could affect one’s ability to walk. 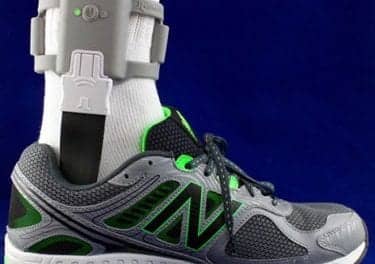