The artificial lower limbs of double-amputee Olympic hopeful Oscar Pistorius give him a clear and major advantage over his competition, taking 10 seconds or more off what his 400-meter race time would be if his prosthesis behaved like intact limbs, according to human performance experts Peter Weyand, PhD, of Southern Methodist University, Dallas, and [removed]Matthew Bundle, PhD[/removed], University of Wyoming.

The Weyand-Bundle conclusion is part of a written Point-Counterpoint style debate published online in the Journal of Applied Physiology on November 19.

Weyand and Bundle were the first two authors of the study publishing the test results acquired as part of the legal appeal process undertaken after the governing body of Track and Field, the International Association of Athletics Federations (IAAF), banned Pistorius from able-bodied track competitions, including the Olympics, says a statement from Southern Methodist.

In banning Pistorius, the IAAF had concluded on the basis of other data that Pistorius’ J-shaped, artificial lower limbs, called Cheetahs, gave him a competitive advantage over able-bodied competitors, says the statement. But the ban subsequently was overturned on appeal to the Court of Arbitration for Sport (CAS) in Lausanne, Switzerland.

The case has been considered groundbreaking for the eligibility of disabled athletes and the regulation of prosthetic technology in sport, says the statement. Pistorius hopes to qualify for the 2012 Olympics.

The newly released conclusion from Weyand and Bundle analyzes the scientific evidence and quantifies the competitive advantage provided by Pistorius’ Cheetah limbs.

"Pistorius’ sprinting mechanics are anomalous, advantageous, and directly attributable to how much lighter and springier his artificial limbs are," Weyand said in the statement. "The blades enhance sprint running speeds by 15 to 30%."

Below the knee, Pistorius’ limbs weigh less than half as much as the limbs of an able-bodied male sprinter.

Bundle noted that most of the 15 to 30% speed advantage enjoyed by Pistorius is explained by how quickly the lightweight blades allow him to reposition his limbs. "Even in comparison to those male sprinters with the most extreme adaptations for speed in recorded human history, Oscar Pistorius has limb-repositioning times that are literally off the charts," Bundle said in the statement. "Usain Bolt is considered somewhat freakish because he outruns his opponents by 2 to 4%. At top speed, Oscar Pistorius repositions his limbs 15% more rapidly than six of the most recent world record holders in the 100 meter dash, including Usain Bolt."

In the aftermath of the IAAF eligibility controversy, Weyand and Bundle agreed that the initial ban was not scientifically supported and that the May 2008 ruling of the CAS to overturn the ban was sound on the basis of the incomplete evidence considered. Pistorius’ case was successfully presented by the law firm Dewey & LeBoeuf of New York.

"We are pleased to finally be able to go public with conclusions that the publishing process has required us to keep confidential until now," said  Weyand and Bundle in the statement. "We recognized that the blades provide a major advantage as soon as we analyzed the critical data more than a year and a half ago."

Speaking for both investigators, Weyand said: "We admire the unique athletic achievements of Oscar Pistorius and are grateful for his willingness to share these important results for the general benefit of athletes and athletics. We acknowledge Dr. Rodger Kram of the University of Colorado Boulder, whose efforts were essential to publishing this analysis and an earlier manuscript cooperatively. We also wish to acknowledge the data and work of Dr. Peter Bruggeman and colleagues, which contributed to the comprehensiveness of these conclusions."

"Finally, we also commend the recent, single-limb amputee work of our colleagues that we interpret to indicate that sprint running performance can be artificially enhanced for those individuals who have two artificial lower limbs, but not at present for those who have only one," said Weyand.

Hugh Herr of MIT and Kram were the senior authors of the different interpretation that appeared as part of the written Point-Counterpoint style debate in the Journal of Applied Physiology.

Weyand and Bundle based their conclusions on data indicating: 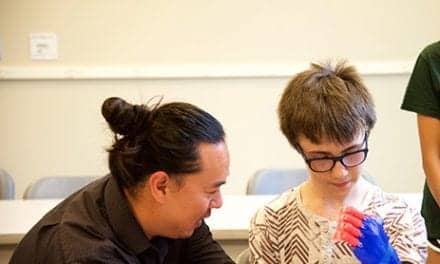 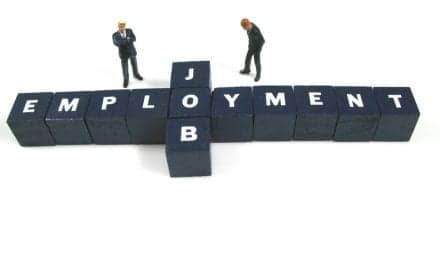