Until recently, scientists believed that, following a stroke, a patient had about 6 months to regain any lost function. After that, patients would be forced to compensate for the lost function by focusing on their remaining abilities. Although this belief has been refuted, a University of Missouri (MU), Columbia, Mo, occupational therapy professor says that the current health system is still not giving patients enough time to recover and underestimating what the human brain can do given the right conditions.

In a recent article for OT Practice Magazine, [removed]Guy McCormack, PhD, OTR/L, FAOTA,[/removed] clinical professor and chair of the occupational therapy and occupational science department at the MU School of Health Professions, argues that health practitioners believe their clients need more time and motivation to reclaim lost functions, such as the use of an arm, hand, or leg, according to a statement released by the university. With today’s therapies, it is possible for patients to regain more function than ever thought possible, McCormack said.

"Patients are able to regain function due to the principle of neuroplasticity, or the brain’s ability to change, especially when patients continue therapy long after their injuries," McCormack said in the statement. "Therapists once believed the brain doesn’t develop new neurons; but, now they know neurons change their shape and create new branches to connect with other neurons, rewiring the brain following an injury or trauma."

Neuroplasticity has been gaining more acceptance in the occupational therapy community, McCormack said. Occupational therapists are forcing the nervous system into action by working with the affected extremity, thereby building new pathways in the brain. Some therapists are using virtual reality due to its ability to deliver feedback faster.

The evidence suggests that the nervous system can recover, but it needs time and encouragement—two things McCormack says are hard to obtain. With health care reform being discussed in the United States, McCormack said he hopes legislators will investigate supporting long-term intervention therapy.

"It seems like the current system of rehabilitation isn’t conducive to rehabilitation because we don’t give patients enough time to rehabilitate," McCormack said. "We need to look at long-term therapies. In the end, they might prove to be more cost effective."

The idea of neuroplasticity can be applied to most people looking to reclaim certain skills, including adults who have suffered a stroke and, possibly, children with autism, McCormack said. 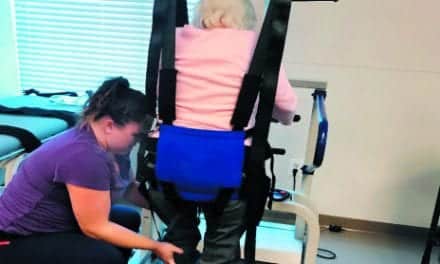 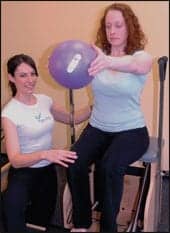