As America’s Baby Boomers jog into the 21st century, joint pain from the most common form of arthritis continues to be a number one disabler. Until now, there has been no way to diagnose the disease until it reaches an advanced stage, after both irreversible joint damage and severe symptoms have already set in.

A new diagnostic technique from Tel Aviv University and New York University may keep Baby Boomers running through their golden years. The researchers have developed a unique application of magnetic resonance imaging (MRI) technology that provides a noninvasive, early diagnosis of osteoarthritis. The results from the new tests, which cost the same as a standard MRI, could be read within 1 day.

"An early diagnosis of arthritis is very, very important, especially for athletes and the aging," says Gil Navon, a professor at Tel Aviv University‘s School of Chemistry, who was a co-author of the research paper published in the Proceedings of the National Academy of Science. "Standard MRIs will say nothing about a mild pain in the joints from jogging. Our new method detects the very first signs of the disease early, so physicians can step in and advise on appropriate intervention methods."

Navon notes that the new technique will be a useful tool for researchers who need to monitor the ability of stem-cell treatments to repair damaged cartilage. It will also give drug researchers a much-needed means of determining the efficacy of early preventative-drug therapies.

Osteoarthritis is the number one reason for knee and hip replacement surgery in the United States.

Two main constituents form cartilage—collagen and proteoglycans. Proteoglycans are composed of a protein and a sugar known as glycosaminoglycan (GAG). In the first stage of osteoarthritis, proteoglycans start to disappear from the cartilage. "Our modifications of existing MRI equipment allow us to directly follow the amount of proteoglycans in the joints now," Navon says. His team’s invention follows the movement of GAG protons to water, giving physicians a new, direct way to measure GAG concentration—and provide an early diagnosis.

Though not yet available in clinics, their modified MRI test costs the same as a conventional MRI procedure and takes about the same time to run, allowing a diagnosis on the same day, the researchers reported. "I’m pretty confident in saying that it’s one of the better methods out there for testing cartilage health," said New York University researcher and co-author Professor Alexej Jerschow. 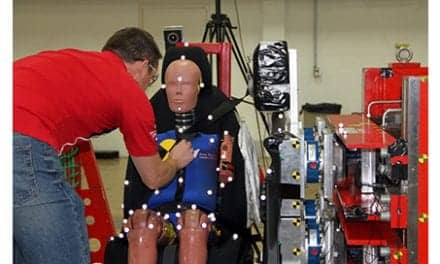