NEW YORK (Reuters Health) – Isolated knee monoarthritis may be involved in a previously unrecognized paraneoplastic syndrome for non-small-cell lung cancer (NSCLC). In a new study, Italian researchers show that this finding may identify some patients with early-stage NSCLC.

"Knee monoarthritis as an early manifestation of lung cancer has never been described previously," lead author Dr. Fabrizio Cantini, from Hospital of Prato, told Reuters Health. "The biggest finding is the precocity of this manifestation with the consequent possibility of surgical removal of the cancer."

As reported in the September 4th Online First issue of the Annals of the Rheumatic Diseases, the researchers assessed the predictive value of arthritis by reviewing the medical records of all outpatients with isolated knee monoarthritis seen at their center between January 2000 and December 2005.

During the study period, 6654 patients presented with rheumatic disorders, including 296 (4.4%) with isolated knee monoarthritis. In five of these patients (1.7%), the monoarthritis appeared to be the initial manifestation of NSCLC.

These five patients were all middle-aged men and each had a long history of heavy cigarette smoking. In all cases, the arthritis was non-erosive and featured a mild collection of non-inflammatory fluid in the joint.

In all five men, the malignancy was completely resectable and the patients were in good condition over a median follow-up period of 41 months. The arthritis totally disappeared in all cases after lung cancer resection, confirming the paraneoplastic nature of this finding.

A search of MEDLINE and Cochrane Library databases revealed no prior reports of knee arthritis as a paraneoplastic finding of NSCLC, the authors note.

Based on these observations, Dr. Cantini advises clinicians: "Every time you see a heavy smoker who presents (with) mild knee arthritis, a chest radiograph should be performed as first-level investigation."

Future studies should address "the exact frequency of the knee arthritis as a paraneoplastic manifestation," he added. 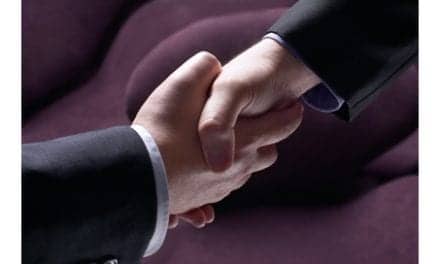