The Kessler Foundation, headquartered in West Orange, NJ, announced the appearance of its outpatient, football player Eric LeGrand, on the cover of a recent Sports Illustrated issue and congratulated the athlete on his achievement.

LeGrand was reportedly paralyzed following a tackle in October 2010. In the year following his injury, LeGrand is reported to have shown progress through rehab. According to a Kessler Foundation press release, LeGrand recently started locomotor training as a part of the Christopher and Dana Reeve NeuroRecovery Network (NRN). The Kessler Foundation is one of seven centers in the nation that are a part of the NRN. Gail Forrest, PhD, senior research scientist at Kessler Foundation, studies locomotor training and its affect on individual patients.

Forrest says the therapy that LeGrand is undergoing has enabled multiple patients in wheelchairs to walk with the aid of a walker or crutches, and assisted patients on crutches in walking independently. “The goal isn’t just getting an individual to walk again. Standing and stimulating walking improves bone density, circulation, heart and lung function, and bowel and bladder care, which are often secondary complications of paralysis,” Forrest adds.

LeGrand travels to Kessler regularly for locomotor training and will be evaluated next month to determine if he can continue in the program, Kessler says.

For more information on visit the Kessler Foundation and Sports Illustrated 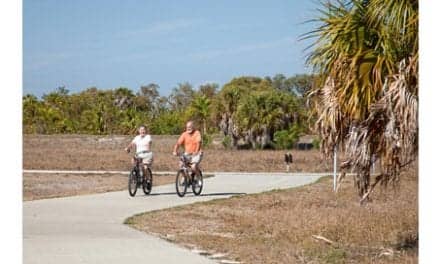