With more than 30 muscles in your arm, controlling movement—whether it’s grasping a glass or throwing a baseball—is a complex task that potentially takes into account thousands of variables.

But researchers at Northwestern University, Evanston, Ill, have shown that it could be possible to control a limb by stimulating groups of muscles rather than individual muscles—a finding that could make it easier to restore muscle movements in people who have become paralyzed.

The researchers used a model of the muscles in a frog’s hind leg to perform a computational analysis that, when run as a simulation, shows that researchers can control the limb using muscle groups just about as well as if they controlled individual muscles. The findings were recently published by the Proceedings of the National Academy of Sciences.

“By controlling muscle groups instead of individual muscles, we’re reducing the variables, but we’re not losing efficiency,” says Matthew Tresch, PhD,, assistant professor of biomedical engineering at the McCormick School of Engineering and Applied Science and of physical medicine and rehabilitation at the Feinberg School of Medicine. Tresch and colleagues from the Rehabilitation Institute of Chicago conducted the research.

The idea that the body’s nervous system controls a limb using muscle groups, or “synergies,” has been a controversial hypothesis in the research community for the last decade. If this were the case, it would reduce the number of variables that the nervous system needs to control.

“We still don’t know if that’s how the central nervous system works, but what has been missing from the rhetoric is the question of whether this is a viable way to produce behavior,” saiysTresch. “That’s what our experiment tried to do.”

Using both analytical approaches and techniques from control theory, the researchers chose the muscle combinations that let the frog’s hind leg do what it wants to do most effectively. The simulation showed that by choosing the most effective balance of muscle synergies, the researchers could control movement without degrading performance.

“Having all these muscle variables complicates control of behavior, but it also makes certain behavior easier,” says Tresch. “The complexity might be there to make certain kinds of movements more efficient than others.”

By having this framework, researchers might be able to predict how muscle activation changes when a person loses a muscle or becomes paralyzed.

“Whether or not the nervous system uses this, it does seem like an approach that can simplify control for a complicated mechanical system, like a limb,” says Tresch. “For people with spinal cord injuries, you can put electrodes into their muscles and stimulate them. We can use this synergies approach to make controlling a limb simpler.”

Next Tresch will perform similar research using a rat model, and he is currently working with other professors at Northwestern to bring the research to patients.

“The end goal is to restore movement in people who are paralyzed,” he says.

In addition to Tresch, other authors of the paper include Max Berniker and Anthony Jarc of Northwestern University, and Emilio Bizzi of the Massachusetts Institute of Technology.

This research was supported by the National Institutes of Health. 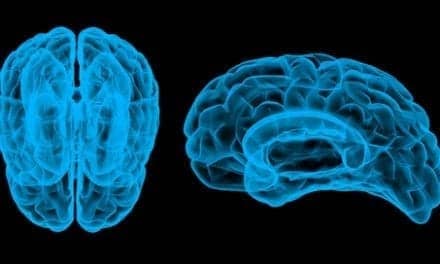