Researchers from the University of California – San Francisco have documented the actual benefits of physical activity at the cellular level.

The scientists learned that vigorous physical activity as brief as 42 minutes over a 3-day period, similar to federally recommended levels, can protect individuals from the effects of stress by reducing its impact on telomere length.

Telomeres are tiny pieces of DNA that promote genetic stability and act as protective sheaths by keeping chromosomes from unraveling, much like plastic tips at the ends of shoelaces.

A growing body of research suggests that short telomeres are linked to a range of health problems, including coronary heart disease and diabetes, as well as early death.

“Telomere length is increasingly considered a biological marker of the accumulated wear and tear of living, integrating genetic influences, lifestyle behaviors, and stress,” said Elissa Epel, PhD, who is one of the lead investigators and an associate professor in the UCSF Department of Psychiatry, in a statement. “Even a moderate amount of vigorous exercise appears to provide a critical amount of protection for the telomeres.”

The findings build on previous research documenting that chronic psychological stress takes a significant toll on the human body by impacting the length of telomeres in immune cells.

While the exact mechanisms have remained elusive, a UCSF-led research study in 2004 found that the ramifications of stress stretch deep into our cells, affecting telomeres, which are believed to play a key role in cellular aging, and possibly disease development.

The findings also build on previous studies showing that exercise is linked to longer telomeres, but this is the first study to show that exercise —acting as a “stress-buffer”–can prevent the shortening of telomeres due to stress, according to the researchers.

Research on telomeres, and the enzyme that makes them, was pioneered by three Americans, including UCSF molecular biologist Elizabeth Blackburn, PhD, who co-discovered the telomerase enzyme in 1985. The scientists received the Nobel Prize in Physiology or Medicine in 2009. “We are at the tip of the iceberg in our understanding of which lifestyle factors affect telomere maintenance, and how,” noted Blackburn.

The new study, in which Blackburn is a co-author, is scheduled for publication in the peer-reviewed online publication PLoS ONE.

In the study, 62 postmenopausal women–many of whom were caring for spouses or parents with dementia—reported at the end of each day over 3 days the number of minutes of vigorous physical activity in which they had engaged.

Vigorous activity in the study was defined as “increased heart rate and/or sweating.” They also reported separately their perceptions of life stress that they had experienced during the prior month. Their blood’s immune cells were examined for telomere length.

Results support the UCSF-led discovery 6 years earlier in premenopausal women that psychological stress has a detrimental effect on immune cell longevity, as it relates to shorter telomeres.

The new study showed, however, that when participants were divided into groups–an inactive group, and an active group (ie, they met federal recommendations for 75 minutes of weekly physical activity)–only the inactive high stress group had shorter telomeres.

The Centers for Disease Control and Prevention (CDC) suggests 75 minutes of vigorous activity a week for adults, or 150 minutes of moderate activity in addition to weight-bearing exercises. For children and adolescents, recommended levels are 90 minutes per day.

For this sample of older women, it appears that the CDC-recommended level of vigorous exercise for adults may be enough to buffer the effects of stress on telomeres. However, the researchers say, this finding needs to be replicated with larger samples.

“At this point, we have replicated previous findings showing a link between life stress and the dynamics of how cells age,” said lead author Eli Puterman, PhD, a psychologist in the UCSF Department of Psychiatry. “Yet we have extended those findings to show that, in fact, there are things we can do about it. If we maintain the levels of physical activity recommended, at least those put forth by the CDC, we can prevent the unyielding damage that psychological stress may have on our body.

"Our findings also reveal that those who reported more stress were less likely to exercise over the course of the study,” he added.“While this finding may be discouraging, it offers a great opportunity to direct research to specifically examine these vulnerable stressed individuals to find ways to engage them in greater physical activity.” 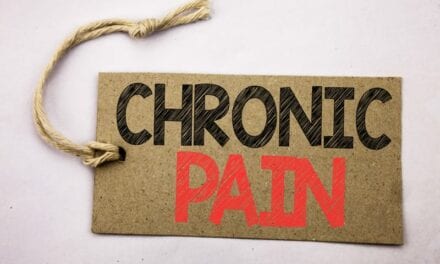 New Pain Triggers, Thanks to the Pandemic 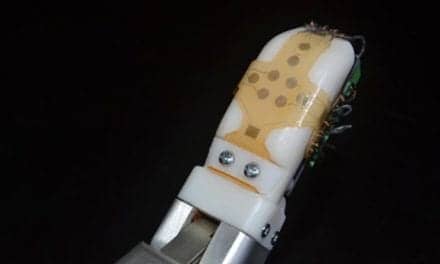