A new  study conducted by Swedish researchers, detailing results of treatment using prostheses attached to titanium implants in the bones of patients with above-the-knee amputations, found that the treatment improves function and quality of life in a majority of patients.

The research was conducted at the Sahlgrenska Academy and Sahlgrenska University Hospital, Gothenburg, Sweden.

In the Osseointegrated Prostheses for the Rehabilitation of Amputees (OPRA) study that began in 1999, researchers at the Centre of Orthopaedic Osseointegration (COO) and the orthopaedic clinic at Sahlgrenska University Hospital in Mölndal treated 51 patients who had been amputated above the knee, with a 2-year follow-up period. The patients were between 20 and 65 years old, with 55% being male.

"The treatment improves both function and quality of life in more than nine out of 10 patients," says Rikard Brånemark, a researcher at the Sahlgrenska Academy and orthopaedic surgeon at Sahlgrenska University Hospital. "It’s important to point out that this treatment is intended for younger amputees and is not suitable for patients who have had amputations as a result of vascular disease."

More than 2,000 leg amputations are carried out each year in Sweden. While most are on elderly patients with diabetes or impaired blood circulation, some are on younger patients. Normally a leg prosthesis is attached to the amputated stump using a socket. The new technique means that the prosthesis can easily be screwed tight to a titanium implant that is anchored to the bone and protrudes from the stump.

"Attaching prostheses directly to the bone with an implant has long been an unattainable vision, and this has been in development for more than 20 years. But we are now seeing the international breakthrough for this revolutionary treatment," says Brånemark, one of the authors of the study, who said that work is under way on treating other amputations such as fingers and arms. 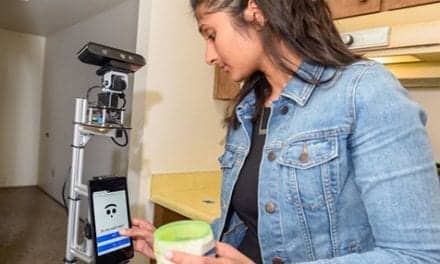