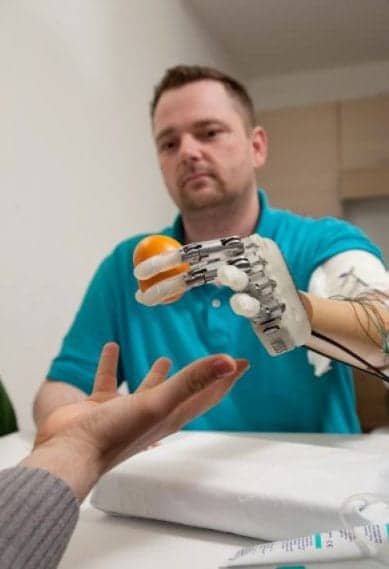 A sensory-enhanced prosthetic hand surgically wired to the upper arm has allowed Denmark-based amputee Dennis Abo Sørensen to feel again while handling objects, reports a news release from Ecole Polytechnique Fédérale de Lausanne. Silverstro Micera, PhD, and his team at EPFL in Switzerland and SSSA in Italy developed the technology.

The release states that the prototype of the bionic technology was tested initially in February 2013 during a clinical trial in Rome. The current study appears in the February 5 edition of Science Translational Medicine.

In the release, Sørensen, age 36, designates the sensory feedback as “incredible,” adding, “When I held an object, I could feel if it was soft or hard, round or square.” Sørensen lost his left hand as the result of an accident handling fireworks.

To enhance the artificial hand with sensors engineered to detect information about touch, the researchers measured the tension in artificial tendons that control finger movement and turned the measurement into an electrical current. The researchers then used computer algorithms to transform the electrical signal into an impulse that sensory nerves could interpret. The release states that sense of touch was achieved by sending the digitally refined signal through wires into four electrodes that were surgically implanted into the remaining upper arm nerves.

Stanisa Raspopovic, first author, scientist at EPFL and SSSA, explains that researchers were initially concerned about reduced sensitivity in Sørensen’s nerves, as they had not been used for more than 9 years. Sørensen underwent surgery in January 26 and following 19 days of preliminary tests, Micera and his team connected their prosthetic to the electrodes and Sørensen each day for a week. The researchers say the electrodes were removed Sørensen’s arm after 1 month, as a result of safety restrictions required in clinical trials.

The release notes that the next step in the research requires miniaturizing the sensory feedback electronics for a portable prosthetic. Additionally, scientists say they will refine the sensory technology for improved touch resolution and enhanced awareness about the angular movement of fingers. 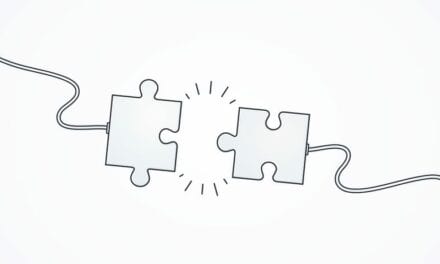 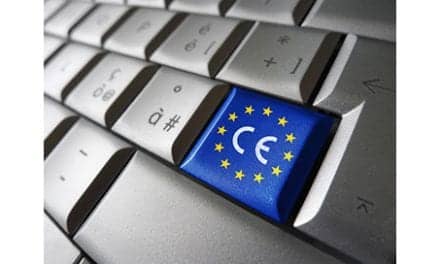 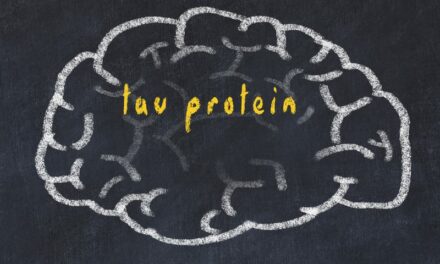