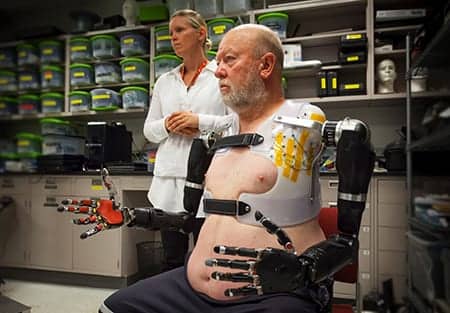 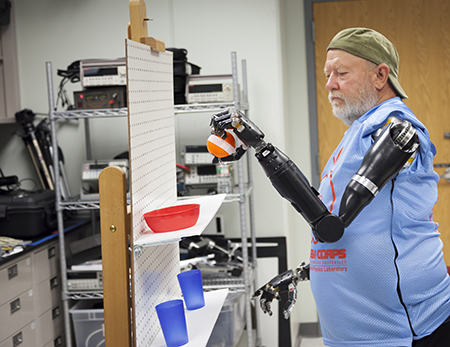 Johns Hopkins’ Applied Physics Laboratory (APL) has successfully completed a procedure that allows a Colorado man to operate two bionic arms using only his thoughts. The patient, Les Baugh, is a bilateral shoulder-level amputee who lost both arms 40 years ago as the result of an electrical accident.

Johns Hopkins Trauma Surgeon Albert Chi, MD, explains in a media release from APL that a medical team used a relatively new procedure to reassign nerves that naturally control the arm and hand. By reassigning nerves the patient already has, the procedure enables upper arm amputees to control prosthetic arms simply by thinking about an action they wish to perform.

“We use pattern-recognition algorithms to identify individual muscles that are contracting, how well they communicate with each other, and their amplitude and frequency,” Chi explains. “We take that information and translate that into actual movements within a prosthetic.” 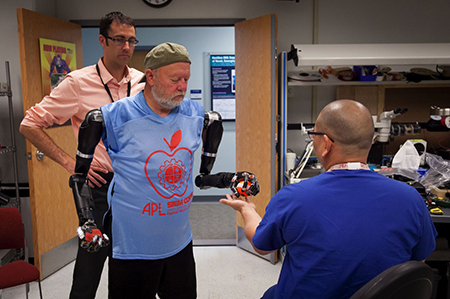 Before the bionic arms were attached to his body, Baugh completed a regimen of virtual reality training to prepare his mind to properly and effectively control the prosthetics. Meanwhile, Baugh was fitted for a custom socket for his torso and shoulders designed to support the prosthetic limbs and also makes the neurological connections with the reinnervated nerves.

The media release from APL notes that by the time the socket was finished, Baugh expressed his enthusiasm to move the process forward. When he was fitted with the socket, and the prosthetic limbs were attached, he said, “I just went into a whole different world.” 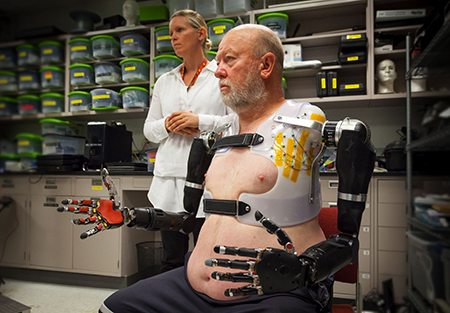 Baugh reportedly moved several objects, including an empty cup from a counter-shelf height to a higher shelf—a task that required him to coordinate the control of eight separate motions to complete.

“This task simulated activities that may commonly be faced in a day-to-day environment at home,” said APL’s Courtney Moran, a prosthetist working with Baugh. “This was significant because this is not possible with currently available prostheses. He was able to do this with only 10 days of training, which demonstrates the intuitive nature of the control.”

Moran said the research team was floored by what Baugh was able to accomplish.

Click to see video of Baugh using the bionic arms. 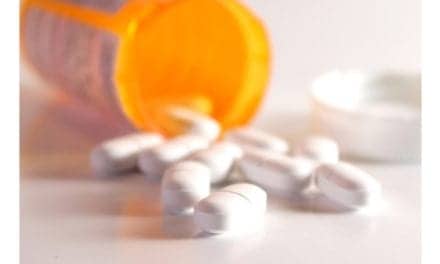 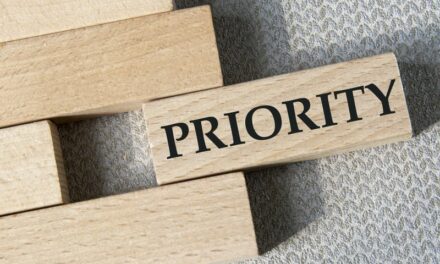 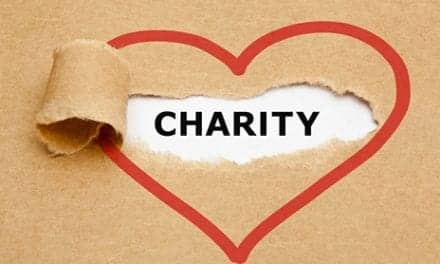 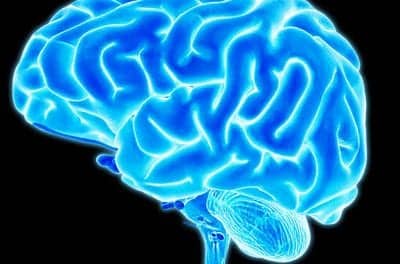