A study conducted by Indiana University, Indianapolis, suggests that older veterans who have sustained a stroke may benefit from yoga. Researchers report that the study’s goal centered on exploring whether yoga could assist stroke patients in coping with their increased risk of painful and potentially fatal falls.

According to a recent news release, the pilot study encompassed 19 male patients and one female patient, all aged 66 years old. The study notes that over an 8-week duration, the participants engaged in an hour-long group yoga class twice a week. The yoga therapist reportedly modified the poses dramatically in an effort to meet veteran’s needs.

The results indicate that a range of balance items measured by the Berg Balance Scale and Fullerton Advance Balance Scale improved by 17% and 34% respectively upon the study’s conclusion. Study participants began with a score of 40 on the Berg Balance Scale and eventually improved to 47, allowing them to progress past the fall risk threshold, says lead researcher Arlene A. Schmid, PhD, OTR, rehabilitation research scientist, Richard L. Roudebush VA Medical Center in Indianapolis.

Schmid highlights the enjoyment and confidence study participants gained, “They enjoyed it so much partly because they weren’t getting any other treatment. They had already completed their rehabilitation but felt there was room for improvement,” Schmid explains. Yoga performed during the study was also modified to the extend that it could potentially be offered publicly, Schmid says, yoga therapists involved would need additional training in anatomy and physiology and have experience in working with individuals with disabilities. Schmid adds that she hopes to expand the study in order to explore the effectiveness of the classes when conducted on a larger scale.

The release notes that the Department of Veterans Affiars, QUERI, funded the study. 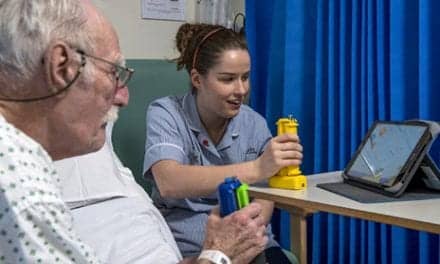 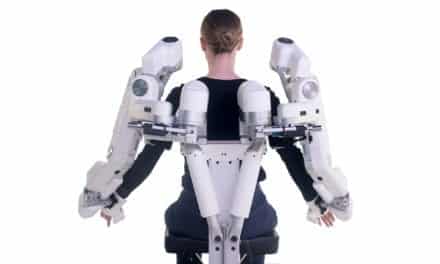